Advantages and Disadvantages of Daily-paying Programs 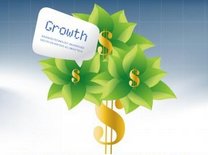 By Brett Sherpan
Encyclopedia investor. Investment strategy and tactics. Advantages and Disadvantages of Daily-paying Programs.
Sponsored Links
Currently, the HYIP sphere provides investors with a diversity of opportunities to earn money (as well as to collapse). And the difference is not just about the nature of using the investor`s funds (or, let`s say, ordinary scam), but also in the specific character of a program (terms, %, minimal deposit).

Today we`ll speak of the programs, having daily payouts of the funds as one of the main terms. So called daily-paying programs.

So You decided to participate in a daily-paying HYIP. What can catch You on the way? As a matter of fact, daily-paying programs don't differ a lot from those paying the profit every month or week. Both the principle and the risk are the same.

The main difference, felt, when using two programs, lays in the rate difference, hence these rates' payout (or reinvesting) terms.
We'll dwell on this in a more detailed way. Daily-paying programs, You can get to know about, in our list, are the programs, based on percents' paying within 24 hours. I.e. every day You receive a definite percent from the amount invested.

You can have it both transferred to Your account or keep growing. The minimal investment amount in that sort of programs doesn't differ from the amount in monthly- or weekly-paying programs.

Though, in daily-paying programs more often it's less, than, say, in a monthly-paying ones, where the minimal can be of about 500$. For example, Stocking Trading System, deposit program accepts investments from 10 to 10 000 USD (by the way, those program has rather profitable referral system).

The first thing, catching one's eye - is the rate. The rate difference between monthly-, weekly- and daily-paying programs is marked by the following tendency: the more often payouts take place, the less the rate is.

On the other hand, however, comparing two tariff plans of one program, we'll see that in the upshot daily payouts turn out to be less profitable than monthly ones, for example.

So, Income Generator pays 0.5 and 25% daily and monthly and is profitable, correspondingly, in the first case (depositing 100$) 15$, in the latter case - 25$. But at the same time, Brokers Union program announces the rate, starting from one whole up to two in view of the 10 000$ initial deposit.

Here, depositors should take into account that they can figure on opportunity to leave the payouts on their accounts. In such a way the income can be increased. In some programs, the special plan is provided, where, from the very beginning You decline to withdraw the profit percent during a definite month.

Concerning the risk. On the one hand, risk is present, as in any business, in any HYIP program, e.g. STS Club (Stock Trading System) gamble on gold market. It can't be said that daily-paying programs are more dangerous.

It's just that Your daily payouts can prove to be under the threat of some market changes, possibly "win back" during a long-term period. But, at the same time, the losses from such programs turn out to be much less tangible.

The most attractive side of these programs is, of course, constant control for one's funds and payouts, transferred to Your account. Here You can figure on constant notification of the money flow and, as a result, more efficient work and contact with the customers.

So, Income Line program has active enough forum, moreover the distinguishing feature of this program is its full automatism. The admins of this kind of programs will hardly go underground. It's vitally necessary for them to communicate with customers constantly.

However, as it was mentioned earlier, the percent in these programs will be less, than those of more long-term opportunities. It's also worth mentioning that in the sphere of daily-paying programs the SCAM can be met less than in the other ones (though also possible).

Everything is about the funds' volume, simultaneously being deposited by investors to a program's account. Frequently, it doesn't reach the amount, having appeal to be withdrawn, however, this amount allows to operate on the market, hence, to payout the percent stably.

By the way, speaking about automatics. Now, more and more fully automated programs are appearing, it testifies to a certain tendency in this direction.

Maybe we are on the verge of fully automated HYIPS? Than an actual question of using the funds remains open - it can't be managed without a human.

It's also should be taken note of the necessary deposit term. In some programs the deposit term is well defined and can reach one year (in the last one). Though, small term (a month or 20 days) - is not an exception as well.

You cannot take Your money from these programs whenever You want, even in spite of daily payouts.

Summarizing, we can advise investors to orient themselves, in accordance with the terms of each separate program. I.e. to choose definite complex, most closely corresponding to investor's wishes. Fortunately, any variants can be found today.

Though - it's important to understand that programs are well balanced in many respects and, gaining in one aspect, we loose in something another. I.e., winning on percent, loose on the terms; going public, add some risk.

Today we mentioned some basic characteristics of daily-paying programs, however, we should say that there are exceptions to the rules, discussing which would take up a separate article. It often happens that such kind of exception is just a SCAM, so we advise You to be as much careful as it is possible.