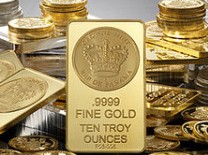 By Lella Prior
Encyclopedia investor. Prospects for investment in gold. Educational and interesting facts about noble metals.
Sponsored Links
Noble metals (gold, silver, platinum (by the way, the following metals: ruthenium, rhodium, palladium, osmium, iridium can also be referred as the noble ones) are the major articles on investment markets. We have mentioned about the reasons for that several times.

However, for our readers it will be interesting to learn something interesting about the subject, they are dealing with, practically every day. Starting from today's issue we start a series of articles, where we are going to tell You about noble metals. The first one is certainly gold. Believe us, there's much to be amazed at.

Let's start from the retrospective review. Looking back at history, it will become clear, that gold has always been together with people. Excavating the burial places of Egypt elite, a large number of different golden goods are discovered.

From Egyptian papyrus it is known that 2150 years ago in Egypt minimum 50 tons of gold were mined every year! It's almost the same amount mined in the middle of XX century in such gold-rich countries as the USA and Canada.

Then, B.C., the level of Egyptian gold mining has suddenly dropped. Now, the level of gold mining is still much lower than it used to be before. First of all, the reason is that the gold amount has decreased. But, despite this, the sphere of its application has never been narrowed.

Vice versa. If earlier solely furnishings and money were made from gold, now gold is widely spread in industry, it's applied in chemistry. And, of course, as a currency. Who else can know it better than You. :) Now "money is really made" from it!

Now, let's move to the most interesting. Why is gold valued so much? Why is it so interesting for industry, for jewellery's art, hence for the economy. Now, it's clear that VALUABLE metal only could play such an important part in economy. Now You will see what I mean.

Gold is very malleable and ductile, which is the result of gold being soft. Its malleability and ductility amazes even people prepared for that. Gold can be forged to such a little thickness that it will become almost transparent, having green color.

The reason is - its density. Of course, gold - is not the densest metal, but litre cup, filled with gold dust weighs about 16kg. Of course, it's convenient, when mining it. Everyone remembers movies about Alaska gold-miners, washing out the dust.

However, at the same time gold is rather soft. That's why it's good while processing. But at that condition it would give a lot of troubles to its owners, cause it would scratch and cloud fast. At the worst, the ware could bend at the slightest weight.

Of course, gold is not of the same softness as tin or lead, but for it to be firm, copper and silver is added to it. It is astonishing that at the same time gold wears down fast enough, turning into the smallest dust. It is indicative that people, gathering dust around the same mines, where people mined gold, made rather good fortune.

Namely, thanks to this feature, gold is widely spread in the nature. But of course, most often it exists as a native metal. Though, sometimes, it can be with a touch of different elements (mostly sulphur and copper, giving different tints to it). By the way, "white" gold is the result of such a touch. Palladium, another noble metal, gives it. We'll talk about it later on.

We have already mentioned some words about gold mining. Despite such prevalence, gold is hard to mine. The thing is that it exists everywhere, but the quantity is extremely small. The processing of such material volume wouldn't justify holdings.

For example, in the granite range of the American state of Nevada, the gold content is ascertained to exceed 1.1 g/t, in some diabases it reaches 0.76g/t, in basalts - 0.26g/t. So, if You wish to try Your luck :) just because of such a low sparse distribution gold is so valuable.

Truth to tell, platinum is even more hard to mine, but we'll talk about it in the following articles. In such a way, value in use, unique features are multiplied by mining complication.

However there are some major deposits. These are the ones having about 100g. of gold at 1t. of rock. Gold can hardly be found as a "vein". However, it's the way we can call the richest deposits, famous all over the world.

Here is the "top": "Dorn" in South Carolina, "Little John" in Colorado (USA), "Santa Margarita" in the region of Chihuahua (Mexico), "El Calas" (Venezuela), "Timbuktu Reef" (Western Australia). Such deposits as "Eldora do" in Klondike and "Bonanza" in South America have become very popular.

Namely in SAR, the most of all gold is mined. For instance, in the year of 1986 there was 640 tons and the same year there were mined 1281 tons of gold all over the world.

How much gold is there on the planet? It is amazing, but scientists managed to calculate, in a very rough way, the gold amount on our planet. So, according to these calculations, 1km3 of rock contains 14 tones of gold, and 20-kilometre layer of the earth's crust - about 100 billion tones!

In the year of 1953 F. Friedensburgh, reasoning from maximum drilling depth of 3000m., determined that the earth's crust contains 4 470 000 000 tones of gold. At present time, SAR mines are right up to the depth of 4 kilometres. The calculations results for this depth are even more impressive.

By the way, dear investors, it's absolutely possible that outer-space civilizations also had opportunity to evaluate the beautiful features of the nature product. Gold was even found on meteorites! The irrefutable argument is that gold is spread not only on the Earth, but other heavenly bodies. The spectral lines on the sun testify that.

But even, taking into account that gold content in 1 tone of water is 0.02mg, World ocean contains 27 million tones of yellow metal. It's absolutely naturally that a person has repeatedly thought of how to extract gold from seawater.

Many specialists worked on this problem, though without success. With existing technology level, gold can be extracted from water, but production costs will be so high that extraction itself makes no sense. So, don't hope in vain. :)

As we mentioned, gold is everywhere. It exists in wood, plants, even in animals we said, it exists in water. How can it get there? Very simple! According to the calculations, the river Amur throws more than 8 tones of gold annually to the Tatar straight, which exceeds the annual mining of some gold-mining countries.

Judging from observations of French scientists, Etna volcano on the island of Sicily throws out to the atmosphere 2.5kg. of gold along with ashes daily. Gold gets to the ocean from gold-bearing rocks, going out to the coastline or on the ocean floor.

In the British centre of nuclear investigations the hair of deer and other animal from the countries' reserves have been analyzed and gold presence has been determined. This metal is not discovered in the water and the soil of reserve.

So, the question remains: how did gold get to animals' hair? Gold is developed in aluminium structure of the hair in the smallest quantities, but at the same time, similar for all the animals. It makes us think that it plays some certain part in the vital activity of organisms. In such a way, gold is everywhere, even in wine (Rusel D'Arse discovered that in the year of 1779).

And, of course, gold - is "money". One famous German said of the gold function: K. Marks in his work "Capital": "The primary gold function lies in providing the trade world with a material for showing the cost, i.e. to show the cost for goods as analogous values, similar in quality and comparable quantitatively".

By the beginning if the XX century, the standards with gold as the basis, were formed in most of the countries. It became the only metal, used as a value indicator. The peculiarity of this standard was that both the state and private persons owned the metal - in the form of gold coins.

At the same time gold could "flow" abroad, and the state was not always able top control this process. Of course, the situation changed, nowadays, gold just backs up the national currency.

We can talk and talk and talk about gold. The scientists have worked over this question good enough, and human interest, along with the thirst for profit made up a fantastic thing. However, we can't go mad on this. Despite everything we are limited in space, next time we'll tell You about another, not less attractive noble metal - silver.