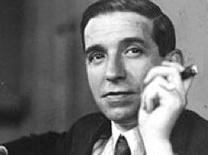 By Brett Sherpan
The genius of Charles Ponzi. History of creating the first massive pyramid in the modern history. The end of Charles Ponzi
Sponsored Links
"Security Exchange Company". The postal coupons transactions. Your income is 50% in a month and a half". Charles Ponzi.

"The Ponzi scheme" is probably one of the most widely used word combinations in the life of every investor. Whatever one may say, that's the main principle of any HYIP. And Charles Ponzi, in particular, whose name went down to the courses in economy and investments, discovered this principle.

It may be the most famous names among criminals, not dealing with murderous deeds. Simply the fraudster, who was able to cheat lots of people with the help of his own mind, finally escaping. Pronouncing the name "ponzi", many people don't even know that it's a surname. It is astonishing, isn't it? It means so much, you know. The life of Charles Ponzi and his masterpiece in our article!

Carlo, or Charles Ponzi was born in Parma, Italy in the year of 1882. In 1903 (November), he emigrated to the United States. Hard life begins for Charles since then. Wanderings from one job to another, from one town to another. All these wanderings and searches, sometimes not quite legal, bring him to prison. The first time for the forgery, second - illegal attempt to take in the group of Italian immigrants.

In August 1919 Ponzi receives a letter from Europe. The letter itself was not actually very interesting for him - it was just some sort of commercial correspondence, but international postal reply coupon fell out from the envelope. In the beginning of the last century, sender attached such a coupon to his letter so that recipient could exchange it for the postage stamps of any country, sending a reply for free. Of course the price on postage stamps was the same in different countries and fixed in national currency.

Devaluation in European countries has become the consequence of World War I, at the same time, price on coupons remained unchangeable. Ponzi discovered that in Spain for example, the coupon could be purchased for the equivalent of one cent, and in the USA, it can be exchanged on the stamps, cost 6 cents!

The imagination drew impressive images - hundreds of agents in Europe buy up cheap coupons and send them back to the USA, where Ponzi cash them out. To his regret, it became clear that all possible superprofit is liquidated with the freight, besides one had to mange selling the huge number of the stamps, the coupons had been exchanges to.

Though Ponzi discovered one important thing for himself: he noticed that any person he was telling about his new business, would like to invest money to the new venture. People, enchanted with an opportunity to earn easy money and Carlo's oratory, were not especially interested in the source of such a fantastic profit.

Apparently then a simple idea appeared - to promise people extremely high profit that will be distributed at the expense of referring new investors, and leave the legend of investing to postage coupons as an explanation of the source of such a huge profit.

On December 26, 1919, Ponzi filed an application with the city clerk establishing his business as "Security Exchange Company". He promised 50% interest in ninety days and the world wanted in on it. Yet, he claimed to be able to deliver on his promise in just forty-five days. This, of course, translates into being able to double your money in just ninety days.

There, in the Italian block, rumors have started of some kind of financial genius, got rich on trading the postage stamps. And what is more - this genius makes other people rich as well: invest 100$ and he pays out 150$ in 45 days!

The neighbors and relatives were his first clients. At the beginning he was working alone - he was taking stock of accepted and paid-up funds, using the system of cards, being the security of the funds invested. As soon as the first investors received their money with extremely high rates, there was much noise about Ponzi all around the city.

Ponzi claimed: the way he earns on postage coupons is his commercial secret and made hints about vast net of his own agents, buying up the coupons from every country of the Old World.

There was too much of cash and it became difficult distributing them between early and late investors. In June Carlo bought 40% of the shares of one of the banks, making it the centre to handle his financial flows. Branch offices appeared all around the coast - from New Jersey to the boundary with Canada. The authorities didn't know how to react on Ponzi's activity - things like that never happened before, and there were no any laws, regulating distributing money from one people to the others.

The main terms for financial pyramid existence - constant inflow of new investors and calmness of the existing ones, though it was increasingly difficult to adhere to both - those Boston inhabitants, ready to trust the promises of high profit, by the end of the summer 1920, became the pyramid members.

On August, 5 The Boston Post headlined a story on the front page questioning the legitimacy of Ponzi's scheme. Later that day, the District somehow convinced to suspend taking in new investments until an auditor examined his books.

The city became panic-stricken - early morning next day thousands of people gathered in front of the head office of "Security Exchange Company", willing to take their money back. Within a week all the branches of the Ponzi's company were duly paying out the cash, he talked to the investors personally, reassuring them, keeping strikingly cool... Though, one week after there was no money anymore.

The police forces could hardly keep back the crazy crowds, attacking Ponzi's offices. At the same time some details from the past of the financial genius leaked out people. The wizard, who gave hope to fast enrichment to thousands of people, proved out to be the fraudster, having no American citizenship at all! The investors of the last months lost 2 million dollars - they were already paid as the interests on some earlier investments.

The most astonishing thing is that the creator of the first financial pyramid didn't even try to escape with the money. As soon as Ponzi was arrested, the vast reserves of the young Italian wine and lots of empty footwear boxes (he kept money inside) were discovered in Ponzi's house. Inside the table there was a postage coupon at the cost of 6 cents.

Further life of Carlo Ponzi was nothing but attempts to repeat former success. He spent next 5 years in the federal jail. There was a sequence of long trials and investigations - you know, there were no any laws, regulating such financial schemes at that time.

Ponzi was released in 1925 and left for Florida, where, together with his wife, he started to accumulate money for the new fraud, using the legend of the way to speculate on the land (the way known to him exclusively!), later on it became clear that major part of the land, as if been speculated, was located under water.

The trick was not successful for the second time - Ponzi just managed to earn 7000 dollars, when the circuit attorney wrote out the arrest warrant, fairly suspecting of the attempt to "build" another pyramid. Ponzi was arrested but he was immediately released.

Being broken-down by the run of bad luck, Carlo decided to escape - He hopped a freighter headed for Italy, but was captured on June 28th in a New Orleans port. The luck betrayed the fraudster - Ponzi was released on good behavior and deported to Italy on October 7, 1934.

Back in Rome, Ponzi became an English translator. Mussolini then offered him a position with Italy's new airline and he served as the Rio de Janeiro branch manager from 1939-1942. Ponzi discovered that several airline officials were using the carrier to smuggle currency and Ponzi wanted a cut. When they refused to include him, he tipped off the Brazilian government. The Second World War brought about the airline's failure and Ponzi soon found himself unemployed.

He then alternated between earning a pittance providing English lessons and drawing from the Brazilian unemployment fund. Ponzi died in January of 1949 in the charity ward of a Rio de Janeiro hospital. In his room there were found 70$ earned from his private lessons and a yellowed coupon of the Universal Postal Union - as a reminder of a dizzy "postal" fraud of the year 1920, which didn't enrich its creator, despite its large scale.