When will an Endless HYIP Appear? 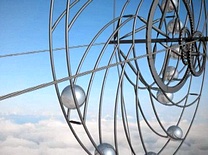 By Steve Sweeny
Is there a chance for an endless HYIP to get online The theoretical probability of such an outcome. Learn about the circumstances needed to create HYIP
Sponsored Links
Probably, the most concerning question that investors ask is the question when an eternal HYIP will appear in the market. I want to specify that this question is not rhetorical, it's practical. And we can give an exact answer to it.

Because each investor investing in programs hopes that he has invested in the very eternal and reliable program which won't cease to be in a few weeks. So we want to tell you a few basic details to help you create a "perpetuum mobile" and to prevent you from puzzling if you have invested into appropriate program or not.

The matter is that not all HYIP abandon trading and give false information on their sites. Some of them really invest money and receive their profit. But it happened that the number of such programs is so small in comparison to total amount, that we will assume that the program we deal with is a ponzi pyramid, which doesn't bring a cent to reality and which doesn't do anything with it. It just pays members using the funds given by those who joined earlier.

So let's think about the type of pyramid that could exist forever. Of course, infinity is doubtful, because probability is small, but as for the longevity of such scheme, we are sure that it will be working longer than a year or two.

Well, let's start with a few marketing details, that comprise a basis of development. If guys want to create an eternal pyramid, they cannot escape taking into account that providing a constant growth is important for it. Growth is a plege, which appears due to popularity only. And marketing is really a perfect tool for achieveing this purpose.

Thus, no matter how you treat the program or the rules of a "local" game, the primary criterion for program evaluation will be program's popularity, measured by top places, popularity on forums and a rating. No matter how ridiculous it may sound, this is the main pledge of longevity, even if the program is a pyramid.

The second question, which is close to the previous one, is program's duty of keeping up to its image, of caring about their design. Front should be kept ordered and clear.

So, those programs that forget to reply your mails, or those that cannot provide a non-stop contact with the customer, won't function for long. Most probably, they will just close. Just a few of those that are silent are working long enough to let people earn.

Naturally, one shoudn't forget that high interest rates are important. It is difficult to make up a pyramid, paying 800% and make it work longer than a week. So pay attention to plans, if administrators care about correct minimum increase and periodicity, corresponding to reality.

Universal advice doesn't exist, but these seemingly insignificant details should be paid attention. And one should evaluate them not only as investor, to calculate a pofitm but also to estimate program's longevity.

And the last, but not the least detail. It's the most significant element. What prevents programs from the possibility to grow and develop, acheiving results against all the odds? Lack of flexibility. When it happens that the program is unable to pay all money it should pay, it... crashes. It closes, because nobody can afford working at a loss. It's senseless and nobody will agree to it.

In fact, what makes possible earning in Forex market? A possibility to sell when rates of pay decrease. But as far as pyramid investments are concerned, there is no possibility to pay more or less â€“ they are automatically treated as â€œNON-PAYING", and they are blacklisted. Work stops and the program crashes.

How can the program resolve the situation and move on? Of course! It's the very element, which exists in real programs â€“ THE ABSENCE OF FIXED PAYOUTS. Whatever skeptics may say, such programs live longer than others and have a chance of eternal existence. So, regardless of your wish, such programs reach success and live longer. Thus, be attentive.