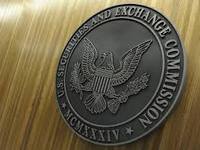 By Eric Marriam
SEC Charges investment consulting company in stealing funds from customers accounts of active and working sportsmen. The case is being investigated now
Sponsored Links
The Securities and Exchange Commission has reported the fraud accusations in respect of the former president of Washington based investment consulting company. The main accusation is stealing customers funds. Both the company and the head officials have agreed to settle up the accusations, committing they were responsible of the law violations.

SFX Financial Advisory Management Enterprises is totally owned by the Live Nation Entertainment and specializes on providing consulting and financial management services for currently working and former sportsmen. The SEC Enforcement Division claims the SFX ex-president Brian J. Ourand has exceeded his discretionary authorities and control of some clients accounts to steal about $670K during five years, by assigning the audits for himself and making outgoing transactions from customers' accounts to his own.

The case will be heard on a public hearing by the administrative judge with the purpose to adjudicate the SFX and establish the remedial measures to be applied if any are required.

Along with that SEC charges separately SFX and its CCO Eugene S. Mason with the accusations for the company not being able to control Ourand and security rules being violated, followed with fake statements in a Form ADV filing. SEC considers Mason has caused some issues to happen after the indecent audit of the money turnover on the clients' accounts, which was a requirement of the company terms of service. Mason was also responsible for incorrect Form ADV filing. SFX and Mason agreed to pay the penalties of $150K and $25 accordingly.

The SEC investigation is being held by Payam Danialypour and C. Dabney O'Riordan, members of the Asset Management Unit in the Los Angeles. The litigation against Ourand will be held by Mr. Danialypour, Donald Searles, and Lynn Dean.