Hyip reinvestment to lose or to win 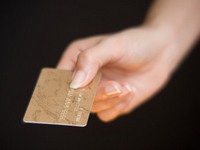 Interview with loretta, hyipd moderator
We all seem to follow the same rules.

Talking to admins or hyip admins interviewing
Very often, almost constantly and above all everybody hears: to get information about any program, to be exact, to check its legitimacy, it should be tested with the test questions.

Making money online and in real world
In the our articles we have already drawn a parallel between real an virtual gold investing. Though, it`s just a single investment activity direction, after all, if You remember the first articles of ours, Internet offers much more of them.

E-currencies. goldmoney netpay
We have already talked about e-currencies in one of the previous issues. We talked about E-gold and Webmoney. However, there are many other solutions, e-money in the Internet and we'd like to talk about them in today's article.

Antivirus protection. software review. 2004
The security has always been topical. We have repeatedly discussed it and shall keep on discussing it in future. You understand - on the stipulation that Your money is secured to its maximum only, normal work on-line is possible, don't You? The work of e-businessman. No other variants possible. Today we decided to revert to the question of antivirus protection and tell You...

Hyip market in the old and the new year. 2005
So, the new year began. Two weeks passed and again we have to furnish ourselves with calculations and start working, forget of rest and holidays. The month is not over yet and the market began to shake - gold began to recede, Weekly Interest has disappeared somewhere, then returned - life goes on! No, it disappeared again and looks like forever - it's so usually. That means,...

E-currencies. e-gold and webmoney
Money. We can talk and talk and talk about it, without end. From the philosophic, morale and other point of views. Today, we'll talk about it, being Internet users. Indeed, it`s been not too much time since Internet appeared, still money can be found here as well. Of course, they are all sustained with real currencies and can exist in such a way only, though, it doesn't detract...

Yahoo! groups - a mirror of hyip market
Lots of customers, especially beginners, ask a question very often, concerning the sources of information. In our practice we have chosen the priority - creating the most collective, detailed picture of what is going on the HYIP market. In such a way so that investor didn't have to visit dozens of resources, roughly speaking, in search of true and on-line (sometimes analytical)...

Sport betting - a game or a business opportunity
Dear investors, illustrating different variants of using Your funds, we have mentioned that one of investment ways is sport betting. Besides, it's a means of high yield and fast earning, available not just to very reach and skilled investors, but to ordinary ones as well. So, we hope, You both know of the notion "sport betting" and things like "lines", "odds" and "totals". Even...