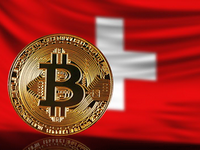 Bukinvest under a cloud
Despite the fact that BukInvest (bukinvest.com) has been paying faithfully since the day it was launched we still have some doubts after the programs administration started adding new investment plans offering higher returns in less time. That may well be a sign of coming...

Airline finance another scam
Airline Finance (airline-finance.com) failed to last for 10 days online! This is almost a record. As usually administration promised a lot and did nothing except for running away with investors’ money. ...

Perfect timers appeal
Today PerfectTimers (perfecttimers.com) encouraged all investors to vote. Vote after each payment received. To leave messages proving this program is paying. As you all know Get Paid publications on forums or monitorings have a serious effect on any program functioning. If you...

Basics of online investing
Many people who want to start to make money online in high yield investment programs want to get everything at once. Notoriously but fact, not many of them succeed in this field. Any type of earning activities requires definite extend of loyalty. It is necessary to memorize that...

Money tree support features
The administration of Money-Tree (money-tree.biz) has sent the program’s recent update informing they have added two additional support features to communicate with their existing and potential members beside the form of support ticket. From now on you can contact the...

True earn selective payments
Apparently True Earn (truearn.com) has followed the bad example of the two scam programs we wrote about in our previous news. The program is reported to be paying selectively, and unfortunately we know that such reports are rarely false. ...

Seal forex closed
It is assumed that programs with weekly or monthly interest have higher potential. Maybe because they pay less to its investors which means they should last longer even if they are pure Ponzi. Yet hyip investments work on another principle. And practicability is beside the point...

Scams again
Today we had two spam reports from our readers and so these programs join our unofficial black list of HYIPs. Actually there were three spam reports but the third program is AutoProfitPay and we have already written a news about this program turned scam in our previous news (read...