WHAT SSL IS OR NO SSL AT MYINVESTMENTAREA

by Nicole Berger <Nicole.Berger@hyipnews.com>
Updated: 09/15/2010 12:57
Hyip Monitor
Our news is about MyInvestmentArea (myinvestmentarea.com), a HYIP which we have already told you about here: Myinvestmentarea New Plans We have...

Our news is about MyInvestmentArea (myinvestmentarea.com), a HYIP which we have already told you about here: Myinvestmentarea New Plans

We have received a newsletter with official announcement from the administration of the program:

So, I'm sure that all of you know that it is good for a HYIP to have SSL, as well as DDoS and unique script because it is written in all reviews on blogs and HYIP admins inform about this on their sites. Well, we all know that these are good features to have, however, I'm sure that at least a half of online investors don't know what it really means.

Okay, MyInvestmentArea had SSL and now it doesn't have. But what exactly SSL is and what does it mean for this HYIP not to have it anymore? 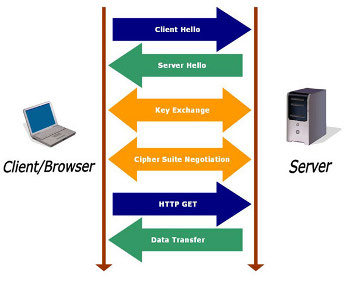 Protocol SSL is short for SecureSockets Layer. It was developed by Netscape, as the protocol that protects data between service protocols (such as HTTP, NNTP, FTP, etc.) and transport protocols (TCP / IP). It's not a secret that it is possible without any technical tweaks to view the data that is exchanged between a client and server. And due to the increasing usage of the Internet for commercial purposes, the question about the protection of transmitted data arose. Because users would not be very happy if the number of their credit card was intercepted by some hacker on the way to the virtual store. So, in general, the emergence of such a protocol as SSL was quite necessary. On one hand, all the possibilities of service protocols (for the server programs) remain and on the other hand, all data is encrypted.

There are two keys used by SSL system to encrypt data. The first one is a public key known to everyone and another one is a private (or secret) key known to the recipient of the message (only). URLs that require an SSL connection usually start with https: instead of http:

Well, I hope it is more clear what SSL is and now we have another question. What does this news mean for investors of Myinvestment.com?

Obviously the website is less secure now and it is easier for hackers to steal investors' account details.

And why did the administration of MyInvestmentArea decide to get rid of SSL encryption?

Maybe they don't want to pay for it as they don't see any sense in wasting money on it.

Anyway, only they know the answer..