by Lella Prior <[email protected]>
Updated: 09/28/2010 18:13
Newsline export for WebMasters
Hyip Monitor
Another program that has returned from the dead is Forexica (forexica.com). And I want to tell you a little story about it. So, it started having...

Another program that has returned from the dead is Forexica (forexica.com). And I want to tell you a little story about it. So, it started having problems in the beginning of September. The administration of the program was changing accounts at that moment and didn't explain exactly why therefore it was a bit suspicious. We wrote about it here: Death of OnlineMDT and Another Shortterm Pay on Expiry HYIP

Then 8 days later Forexica.com disappeared. Sometimes it happens but we do not hurry to make conclusions because some programs come back and keep working. But they at least somehow explain why they were having problems and don't leave their investors. And in case with Forexica nothing of that was done. They were having problems but were not showing any efforts to support their clients. Then their site disappeared and it was neutral that we considered them closed and dangerous. Did they explain that they simply had some temporary problems? No. They were gone. And now they are back.

The administration of Forexica.com has sent out a newsletter informing that the program is returning with an explanation why the project was gone:

All of you know that we went offline for 10 days and the only reason was hosting dragonara.net. We sent more than 30 e-mails to them first day and so after that and they didn't reply. Even they didn't give any backup to us. They just said wait afew days. Now forexica is online again. We are planning to correct every thing. 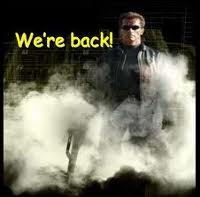 As you can see, there are probably really some problems with this hosting service but the thing is that in case with GroupUniversal.biz it was simply a short delay of payouts but in case with Forexica the website was missing for 10 days!

But anyway, of course, the news about returning is great. Now comes the time for those investors who were previously in the program to get their profits. And then we might think of new deposits. So, let's see what happens. The administration of Forexica also asks monitors to return their program to listings without not paying status. They hope that everyone will understand that the reason why the website was offline is only Dragonara server and they promise to inform about good news soon.

P.S. Today I have contacted the administration of the program in order to make sure it is really alive. I also asked them to provide us and our readers with some guarantees or at least promises that they will not disappear again. But unfortunately the whole day passed and I haven't received a response yet. Anyway it will be great if they prove that it is possible to come back and keep working qualitatively but I would not recommend you investing in Forexica.com.