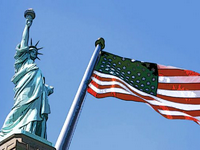 A story of unicorninv
Quite an expected email was sent out by the administration of UnicornInv (unicorninv.com) program. It is informed that the program is closed. Why am I saying it was expected? The thing is that Unicorninv stopped processing payouts to LibertyReserve after the weekend and payments...

Regularbee presentation
Don't worry bee happy! These are the first words you can see when you visit the website of a newly launched and a very creative program called RegularBee. Then you will see a bright picture and cute bees flying around the website... great isn't it? It's really nice to see...

Moneyswim offers bonuses
A project MoneySwim (moneyswim.com) celebrates its three-month anniversary this month. The team of the project says that they are proud to be offering top-class financial and investment services to their clients around the world. This has been a great time and MoneySwim keeps...

Become a regional representative of neoprogress
NEO Progress (neoprogress.com) is looking for partners in different countries to increase the number of its team. There are over 80 people who have joined the staff of the program over the six months and the team of the project is not going to stop therefore a regional program...

Hyip informational survey 78
Openings. Hello, dear readers! It's Tuesday and we are back in action. We have news to tell you in our regular HYIP informational survey. Inhere you get to know the latest and hottest news from the life of HYIP programs. You will learn what new programs appeared within the last 4...

News from powerfulstrategy and topearnmoney
The administration of PowerfulStrategy keeps improving their website and provided services. If you want to track its development, you can take a look at all publications about this project on its personal forum at HYIPNews, where you will also be able to leave payment proofs and...

Unicorninv lr delays
Due to some technical issues with a payment processor LibertyReserve, the admin of a project Unicorninv (unicorninv.com) could not process payments of those members who have LR deposits. Thomas reports that while processing withdrawals he received the following message from...

Everything is great at weltontrust
Bjorn from WeltonTrust has sent out a regular weekly report on development. First of all it is informed that despite of summer decline in business activity, the project has been developing successfully and summer turned out to be very productive. He says that recent weeks were...

Macrotrade solved the problem
Recently, many participants of the field of high-yield investments have received a newsletter that was supposedly sent by support service of MacroTrade. The administration has promptly responded to this problem and apparently almost no one was hurt. A real support service quickly...

Enzexfinance and phishing emails
EnzexFinance (enzexfinance.com) informs investors of the project about phishing emails that are sent out on behalf of the program’s administration. You are asked not to trust those emails because they are sent by scammers and if you lose your money, there is nothing the...