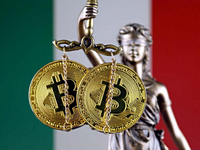 Enrg two milestones reached
The admin of Enr-G has sent the newsletter, reporting of reaching two important milestones over the last days. The first milestone is more than 3000 members. And the second one is completion of the first cycle in the Hydra investment plan for investors, who joined on the launch...

Fake emails royalty7 and creditprogrambank
Recently we got reports from investors and members of the program Royalty7 concerning the e-mail, which has been delivered to the members of this project. Within the e-mail, there is a notification saying that Royalty7 is implementing new short-term plan that is offering 150%...

Felmina updates on bank wire deposit rules fake website
In the latest newsletter from Felmina it's been reported that a major overhaul of its direct bank wire transfer deposit and withdrawal facility has been completed for improving its efficiency. When making a bankwire deposit, one should realize the instructions given for...

Globo treasure adds alertpay
Globo Treasure has recently added the new alternative to the list of available e-currencies. The clients of this program are now open to use AlertPay for making deposits and withdrawing the profits. Such a decision has been taken followed by numerous requests from the clients and...

World of profit vs regional representatives development
The World of Profit has been among the Top Choice of HYIPNews.com for a while. We are glad to acknowledge the fact, this HYIP is gainig more popularity, receiving a lot of member registrations from people worldewide. Basically this has led to increasing the number of requests to...

Cfd online on competition and new promotion feature
The CFD Online admin, Stevan, publishes the results of the competition held for the members registered from the launch of the HYIP till 1st of April. The winner useranames are: yohiohu, gustaf, chunli, x3my, numa, tysel, samual, 0quback, Dyson, huwo, hyipX, lago, rock, bell,...