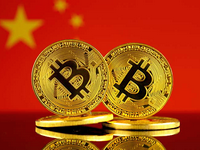 Finvance withdrawal terms reminder
Finvance issues another newsletter. Actually, no new updates have been reported, there are also no integration of any new features or things like that. The latest newsletter simple welcomes the new investors, hundreds of them as reported. No wonder, by the way, Finvance project...

Prospera nova review
Hello, dear readers! Today we are presenting you with the detailed review of one investment opportunity that joined our listing about 20 days ago. This new project is called Prospera Nova. The project with an interesting logo and rather simple navigation.First ImpressionThe...

Roinvest another prelaunch
ROInvest has been launched. Let us remind you that we have previously informed about the prelaunch of this project. It has been announced that the project would be launched on Sunday, September 23. During the prelaunch mode,the project was announced in a brief way without the...

Finvance 6000 investors milestone reached
Finvance is a comparatively new program, listed at HYIPNews for 65 days. Within this time it managed to reach Top positions on our monitor, currently taking the 7th place. No wonder, cause it's really enjoying wide popularity among the investors worldwide. So in the latest...

Hourhour about withdrawal
The CEO of the HourHour project, Kirk Walter, has issued another newsletter, after working 15 days online. This time the newsletter explains the basic withdrawal terms. Initially the project has been positioning as a very diverse HYIP that accepts nearly all possible payment...

Tureprofit back after downtime
The site of TureProfit has made its investors worry a lot, when it went down for the 12 hour period. Fortunately after a long downtime, we have to say the site got back online and informed its investors, sending the corresponding newsletter. The management of TureProfit...

Bull and bear capital egopay stp instant payments added
The site of Bull&Bear Capital as been added to HYIPNews listing 34 days ago and recently we only received the first update from them. The update turns out to be rather informative. First of all the admin of Bull&Bear Capital reports on fixing the SolidTrustPay withdrawals...

Roinvest prelaunch
ROInvest is a new HYIP, that is about to be launched within 3 days. Actually, looks like ROInvest is now performing the same way as RightFive did before, announcing the prelaunch of the site. Just like RightFive, ROInvest has decided to promote the program before the official...