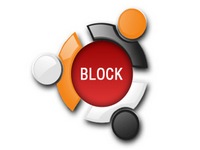 The Coffee Invest is a new HYIP, which was launched three days ago. The HYIP is not popular yet, still looks like it takes serious care about the security of the funds and fights against violating the rules of the project. So, as it's been reported some accounts registered in the project were closed, because they were opened with some rules violation. Please see the newsletter below for more information about the accounts blocked by Coffee Invest:

"Several accounts (and the entire funds) were closed by the administration of Coffee Invest HYIP. According to the received report, these accounts were created with some rules violation (self-referring / multiple accounts). The accounts are:
- zina
- Elena
- Nikolay
- Vladimir
- deden
- irwan
- adwer
- fa
- joannawagler"

UPDATED: As reported today some updates have been made to the accounts previously blocked. "Accounts irwan, fa, joannawagler were restored back to active status, accounts deden, adwer will be restored as soon as the owners respond to admin email". As reported the reason for blocking was that all those accounts below were using the same IP in a small period of time. After 3 of the accounts owners wrote an email back the decision was taken to have a talk with the account owner who provided the admin with the batch of the deposit transaction, secret question and answer so there was no doubt it is his account. One hacker log was still detected into all of those 5 accounts from 1 IP and that's why the block did took place. The hacker has changed email and password and hence this opportunity has been removed immeidately after that. As for accounts - zina, Elena, Nikolay, Vladimir are multiaccounter and will will stay closed until further notice.