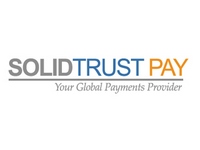 The Au Gold Partners has released its first newsletter on July 12. The newsletter has revealed some information  concerning the so-called promoters or blackmailers, trying to attack the new program, the admin of which has rejected paying the money to them. The fake promoters are sending pasting and copying promotion emails to get sign ups. commission etc... The admin of Au Gold Partners claims he hasn't sent any promotional e-mails yet and hence by any means he is not related to those promotional mails.

Apart from that the project right after the launch has faced the black PR, by means of which the competitors and bad promoters are trying to blacken the image of the company, which is actually very new and hardly can compete with other oldtimers and serious HYIPs. All in all, i am sure launching a HYIP project any admin should be ready for malicious activity towards the site. It's te specific character of this kind of business and once any program becomes popular  the number of people trying to blacken its reputation grows exponentially.

In any case, it's too early to judge on the future of Au Gold Partners. Perhaps the beggest problem for the admin at least this time would be adding and complete integration of SolidTrustPay payment system. We all know how long it may take for the business account to get validated and approved by SolidTrustPay. Still the process is worth that, for the advantages of using SolidTrustPay for making investments are obvious. By now the project accepts the following payment systems for deposits and withdrawals: erfectMoney, EgoPay, Bitcoin and Payeer. Minimum deposit is $10. Apart from that recently enough instant withdrawals have been enabled, so once making a request one can expect to get the money within a minute or so. There is also an option to watch for the latest trading results on a special webpage on the site of Au Gold Partners. So far those are all news from the project. Let us hope the future will be bright and successful.