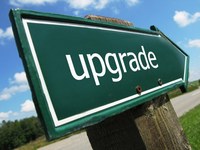 The Maestro Capital Group HYIP has been listed at HYIPNews for nearly 24 days. It's a comparatively new project paying on a daily basis up to 4% daily. Currently the project is taking the 14th place in the listing and today we are pleased to deliver the latest news from the admin of this project.

As reported within the last week there have been some improvements made to the project. In the latest newsletter two most important ones are mentioned. The first update announced is definitely going to create some very positive effect to the customers. I am talking about improving the investment plans of Maestro Capital Group. Basically those are the new plans introduced to the public. The main difference of the new plans from the old ones is the ability to withdraw your principal before the maturity of the investment period.

The new plans are based on "Principal +Interest Daily" payouts. Here is the example of how the new plans work: let's say you invest $1000.00 into 18.3% DAILY for 7 DAYS plan. You will be receiving $183.00 Daily (Interest and Principal Bundle) which is available for withdrawal daily, where at the end of 7 days investment term, your TOTAL that you get paid is $1280.00.

There are still no clear seeing of how the new plans will work in terms of the global company growth. More information will be available in the beginning of the next year, as the admin claims. Anyway, the admin reserves the right to pull back the new plans anytime switching back to the old ones.

The second update is all about confirmation of transactions via blockchain. The thing is that every bitcoin transaction is charged with the processing fee of 0.0001 BTC. The amount is not significant when we are dealing with large amounts, however if it's the $1 or so, the commission does matters. Taking into account the processing fees taken when confirming transactions via blockchain, the new rule is applied at Maestro Capital Group.