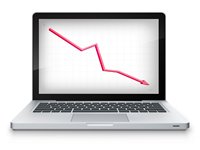 The article has been published on the CoinDesk website by the author,Joon Ian Wong, on January 14, 2015. The original text can be located here, following the link.

As the bitcoin price plunged below the $200 mark, hitting a low of $170.08, holders of the cryptocurrency sold the asset in a surge of millions of orders across bitcoin exchanges globally.

With the price teetering on the brink of the $200 level around 07:20 (GMT), global exchange trading volume began to pick up. The number of trades per minute executed on exchanges tripled, from around 1,000 to 3,370 at its peak, according to data from Bitcoinity.

While trading surged, however, the bitcoin price nose-dived below $200, losing about $30. It hit a low at 07:44am, 15 minutes after the selloff began.

The bitcoin markets this morning were in "total capitulation", said trader Alistair Milne of the Altana Digital Currency Fund.

"If this isn't what total capitulation looks like, I don't know what does."

Bitcoin exchanges had their busiest day since November, when the price rallied from around $320 to hit a high of $427 in just two weeks. That rally saw 1.72 million coins changed hands. Just over a million coins have changed hands today so far.

Some of that trading volume has been generated by the burgeoning sector of digital currency hedge funds. Bitcoin's recent return to volatility has been a bonanza for them.

One trader, Harry Yeh at Binary Financial, recounted trading over 20,000 BTC (about $6m) in a single marathon 20-hour session last month. He said today's market action was getting close to that level.

"This is probably the best day of trading," he said. "I've been trading for about 10 hours already."

Swaps activity on Bitfinex, the largest US dollar exchange by volume, shows speculators split between longs and shorts.

Current hourly swaps shows shorts with 67% of the market, although longs had a 57% share at around 10:00, as the price rose. At press time, total active swaps still showed longs dominating, with a 76.6% share.

With the US East Coast still getting out of bed, exchange order books likely have a frenzied day to come.

The question hanging over the bitcoin markets remains: did the price find a bottom at the $170 mark, or will it plumb even greater depths? Conversely if a bottom has been found, what will be the rate of a rebound?

Buyers may be found with bitcoin at prices not seen since the autumn of 2013. Money is waiting on the sidelines to enter the market at current prices, Yeh says.

"We have a lot more higher net-worth clients looking at bitcoin now and seeing the price dip as a buying opportunity," he said.

For others, like Altana's Milne, making a call on the price at this stage remains premature. His only advice to cryptocurrency traders in today's market is be prepared for a rough ride.

"It is very possible we have seen the bottom, however nothing in today's market is logical. Whatever your position, strap yourself in!"