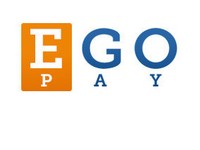 As we earlier informed at the start of the year 2015 EgoPay has been in trouble. Lots of rumors and opinions appeared on the web concerning the scam nature of this popular payment processor. To tell the truth the situation looked indeed rather suspicious. Merchants' accounts were locked and funds remained frozen on EgoPay accounts. After the collapse of Liberty Reserve far in 2010, the scam of EgoPay had all chances to become the most outrageous event in the HYIP industry.

Nearly all programs terminated working with EgoPay and switched all their deposits to Perfect Money and other alternative payment options. Others, who didn't manage to refund the members with funds in other payment processors were forced to close the sites down due to lack of funds. For a long time there was no official statement from EgoPay authorities concerning the issues going on with the system... there was nothing but a slight attempt to make it all look like a trivial hack. No update till yesterday, when the solid extended update was posted on the official EgoPay blog. And here below is the overview of the statement from EgoPay.

As reported, on December 28 EgoPay suffered a great hack, which affected key merchants and partners. The system turned out to be vulnerable and as the result of the hack false values made available in the merchants platform, while no actual value was transmitted in EgoPay. Within an hour the hacker managed to convert fake values into irreversible currencies. When this was detected, the restrictions upon all transactions between EgoPay account have been placed.

The review of the the further damage that took impact on the merchants has been made. The Shopping Cart Interface (SCI) was restricted as well for security reasons. As reported the total impact was around 1.5M for the merchants.

During the investigation process that has been started immediately after being detected the immediate actions have been taken by the security department of EgoPay, which led to suspending all members from using the system or making any transactions. As the result the support service was delayed or at some times it was even absent.

On December 30, 2014 the investigation team was called and then things started to go hard. EgoPay asked for help from the payment partners such as AstroPay and Payza including some key merchants to make this situation being restored quickly. The help was needed to discover the truth of the hack as well as for funding purpose and liquidity.

The hack issue couldn't stay out from the financial loss. A gap in the cash reserves of EgoPay turned out to be enormous. Moreover it turned out that the real owner of Egopay (Amir Aziz) who operated behind the scenes was embezzling money from the company for a period of time. Between January 5 and January 16 there was a mess. Noone knew who to trust any longer.By January 16 the investigation team was finally granted all access to servers and systems.

The account of Mr. Amir Aziz has been restored, while the administrative access to the servers was removed not to let the money being removed from the system. Since January 18 full control of the system was regained and major security improvements were made, which resulted in some downtime of the server during the weekend.

The team of EgoPay is now totally aware of things that happened and that this is completely the fault of the service. People lost trust in EgoPay. Members are upset and lost money. At the same time, EgoPay realizes what's this all mess about and they will have to deal with it. Currently they claim to do all possible in order to come back strong and make all obligations to the members and partners. The only choice here for the EgoPay is to refund all those who lost their funds with their money as well as to remove the block from the funds of trusted merchants.

Tadas, one of the remaining employees has become the CEO of EgoPay now. The new team is coming onboard. Naturally lots of time will be needed to regain the trust of the customers in EgoPay. However one thing is for sure: if they work hard and prove to be strong as they claim for, it can definitely help to get back the confidence of the customers and return the popularity of the payment processors among potential users.