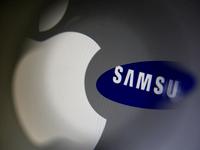 The business rivals Samsung and Apple keep on fighting for the love of the customers. Recently the important updates have been informed in terms of launch of Samsung Pay and Apple Pay. Here below we shall overview the latest news from these two giants developing their mobile payment software.

Samsung has recently presented its new system Samsung Pay, available on the flagman Samsung Galaxy S6. The authorities of the South Korean company informed that no commission will be taken when processing the payments through the Samsung Pay payment system. In this aspect we may consider this new payment system will take the lead on the market of mobile payment systems. The new service is already about to be launched in South Korea. In summer 2015 the launch of Samsung Pay has been announced in the USA.

After March 6 though it became known that service commission will not be taken from the associate partners services - Shinhan Card, Samsung Card, Hyundai, Lotte, NHcard, Hana Card etc. Apart from that the company will not be taking charges for using the Samsung Pay by online-payment providers.

In such a way, Samsung may leave the direct competitors far behind in the service development. As for now the largest competitor of the company is Apple Pay. As the analysts assume, this payment system costs pretty much for the banks and after the new free alternative appears, it can give place to Samsung Pay on the US market.

Another significant benefit of the South Korean company is the availability of magnetic microchip. This option is required for US for the reason of developing on its early stage of the no contact payouts.

Speaking about Apple as multiple mass media reported, the company reached certain agreements with the China UnionPay system and is planning to introduce the Chinese version of Apple Pay in April 2015. On the Weibo website it's been reported that China Bank will post the official statement on April 15, and on April 28 the payment system will be launched. The dates correlate with those discussed earlier, despite the information about the problems in agreements between Apple and Chinese banks.

If things go well, introducing the Apple Pay to the Chinese payment systems market will be a good news for China. Alipay service, dealing with processing of mobile payments has become rather popular in this country. However the market of NFC payments is not formed yet. Apart from good signs on the market, iOS smartphones are extremely popular among the China residents - 25.4% of the entire market. In such a way, Apple Pay mobile payment system can take a considerable place on the Chinese payment market.

Fund brokers should watch these events closely. After the planned statement from the China Bank is published, the stocks will rise. There's only one thing left, to find appropriate spots to enter the market and get solid revenue.

Walter Anderson
Walter Anderson used to work as a creative freelance writer with three years experience in the industry working in print and online media. I used to search for exciting new projects and hence launched the monthly online newsletter, which has been supposed to increase any website traffic by 40%. Since 2010, Walter Anderson has been officially hired by HYIPNews.com media portal first for the position of the article and news writer writer and then starting from 2012, the vacant position for the chief writer at HYIPNews has been taken by Walter Anderson and is still taken by now.