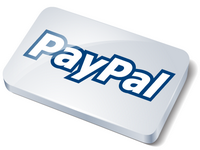 PayPal merges Xoom, the San Francisco based company, which has been the developer of the online system transferring assets and services. The company has gone public in 2013. PayPal is going to pay $25 per every share. The total amount to be paid for the deal to be completed makes $890 mln. in cash. The deal will be processed with the bonus 21% to the actual share rate of the company to be merged.

The PayPal press release says the merge of Xoom will let the company offering customers all around the world wider choice of services and as the result will lead to increasing the membership base, moving to another level, entering important and growing complementary market.

To make it more simple, the main Xoom business is based on money transfers between friends and family members. PayPal transactions are mostly commercial payments. From now on, PayPal, which has more than 68 mln active customers in the USA can attract more foreigners.

Before going public, Xoom attracted $78 mln. outside financing from a large pool of investors including Glynn Capital Management, Sequoia Capital, New Enterprise Associates Ð¸ Fidelity Ventures. Xoom founder and CEO Kevin Hartz has later become the co-founder of the Eventbrite company involved selling online tickets, where he remains being the CEO till now.

Being a public company, Xoom faced a serious challenge, when at the start of the current year it declared the losses for the fourth quarter of the year 2014 to the amount of $30.8 mln. The loss was caused with the suspicions in possible staff unfairness and frauds within the financial department. The same time, its financial director quitted, even though Xoom authorities reported his removal was caused with some disagreements with the management of the company.