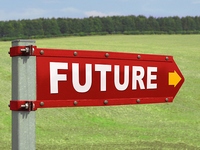 At the end of the previous week, the C-7 HYIP listed at HYIPNews.com issued the newsletter reporting weekly results and giving some program performance outlines. AS it's been reported, all trades on all three markets, where C-7 is involved have been completed with positive balance, all payments have been added to the account balance, all requests have been processed. There were some delays with Bitcoin in the beginning of the week, though by Wednesday they turned out to be non-significant and all complaints were gone.

Many people might be interested in further improvements of the investment offers, which are actually hard to make even better. Moreover, it would even be better to decrease the minimum, that's being discussed now. The confirmed fact is that according to the 10-year plan of C-7 Limited development the company's priority is to expand opportunities to accept payments, which is why very soon new payment methods will be applied and new payment options will appear.

Speaking more about the future plans, there are certain ideas in the future to open international branch offices on the base of existing regional representatives. Before that some seminars will be held, where the details of further cooperation with investors will be discussed. Both representatives and active members are welcome to join the discussion groups with further instructions published later.

Starting the new week, the management of C-7, the HYIPs, which is growing in a stable manner, which can be seen from the quotation index graph, there is a notice about the problems occurred at the end of the last week. First of all, within last three days some attempts to blacken the reputation of the company have been taken by the business rivals of C-7. Despite that, thanks to evident results and success of the project online, these attempts did not harm the project much. As reported, the support service and the staff of the project work hard to remove any difficulties and assist in any possible issue that may arise in Live Chat, phone support and social networks.

Some good news cam from Blcokchain.info authorities. They reported about speeding up the working process in the middle of the previous week and by weekend they ran into moving and upgrading their servers. All the payouts to C-7 investors are still processed with no delays using the resources yet available with no delays, still some deposit transactions are received with small delays. Fortunately these issues are temporal, by no means it somehow affects the work of the company and Bitcoin can be used free.

Lots of questions are sent by the members and potential investors asking about the possibility to pay large amounts to wide investors' community. The C-7 admin assures, the strategy of the company is built the way to control the funds turnover with the help of daily limiting. Knowing the amount allowed for withdrawal for a single taken investor per every deposit expired, it is possible to calculate how much funds is needed and what day exactly to fulfil the payment obligations taken. If the amount invested is bigger, than it means the amount earned gets bigger accordingly. One thing is left - to keep the balance and thanks to daily limiting of every investor it is an easy task to complete, even though all transactions are processed instantly.