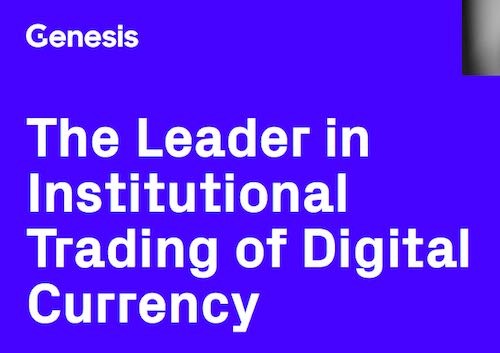 The former subdivision of SecondMarket, dealing with bitcoin trading, has been relaunched with the new name Genesis Trading. The goal of this company is to become "the partner of choice for large institutional buyers and sellers" on the digital currency trading market as well as to create its own name in the industry. Since the year 2013 Genesis Trading, which is as reported the first and only fully licensed crypto-broker in the USA, has made deals for the amount of nearly 800000 bitcoins.

After the Genesis Trading rebranding, some latest news from another mutiple transaction enterprise owned by Silbert in the sphere of Bitcoin, Bitcoin Investment Trust. As early as in March it became the first bitcoin fund. See more details and more detaisl from Brendan M. O'Connor, CEO of Genesis Trading are provided in the article "Genesis Trading First Licensed Cryptobroker" article following the link above.