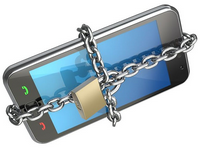 The smartphones multifunctionality does not simply make them irreplaceable for the customers, it also attracts criminals' attention. The security report of Kount Inc. says the number of attacks to mobile devices in 2015 for the first time exceeded PC hacking attempts and POS cracks in trading centres.

Having analyzed 100 million of transactions from different devices the company specialists discovered that more often the owners of Android devices suffer from fraud.

"With consumers increasingly transacting on mobile and the adoption of EMV technology in the United States, we expect to see mobile fraud rates continue to increase versus online and in-store purchases," said Don Bush, Vice President of marketing at Kount. "Merchants may be implementing increased fraud protection measures for online and in-store transactions, but they're still playing catch up when it comes to mobile fraud protection. It's imperative that retailers â€“ and everyone in the retail and financial sectors â€“ understand the myriad risks with mobile transactions and take the necessary steps to put mobile-specific fraud protection in place." - he adds.

No doubts the fraudsters stake on smartphones. Since 2011 till 2015 the rate of mobile fraud increased by 81%. The statistics will definitely keep on growing unless the merchants finally find some really safe technology from hackers in the nearest future.