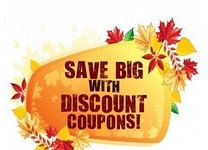 Since the start of summer the HYIPNews.com educational and hyip monitoring portal has been holding the promotional campaign, according to the terms of which, we were offering exclusive Promo Ad packages to the customers of ours. Ordering the packages one can take advantage of using the ad services at discount prices.

The support of HYIPNew has been getting dozens of positive feedback regarding the Promotional packages offered along with multiple requests to extend the duration of the packages for longer period. We understand the effectiveness and need for viral advertising for all the hyip admins. At the same time the HYIPNews team tries its best to be as much more loyal as it is possible to the trusted custoemrs of ours. With a view to that he decision has been taken by the board of HYIPNews to extend the Promo packages duration for three more months till the end of November.

Walter Anderson
Walter Anderson used to work as a creative freelance writer with three years experience in the industry working in print and online media. I used to search for exciting new projects and hence launched the monthly online newsletter, which has been supposed to increase any website traffic by 40%. Since 2010, Walter Anderson has been officially hired by HYIPNews.com media portal first for the position of the article and news writer writer and then starting from 2012, the vacant position for the chief writer at HYIPNews has been taken by Walter Anderson and is still taken by now.