HIVE WALLET OUT OF SERVICE 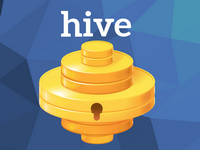 The company creator of Bitcoin wallets HIVE informed they stopped their activity. As he says, the wallet has not been showing any growth for more than a year. Due to that, the creator of wallets stopped its work and and asked active customers to move tokens to wallets of other providers, such as Bread Wallet or Mycelium.

Wendell Davies, the founder of Hive says: "We're out of operating capital and have been for quite a while, so no one has really been working on Hive for over a year. By that measure, Hive certainly failed as a company, though there is a glimmer of hope."

He also added he is sorry for not letting all clients know about the closure earlier. For the first time, information about the HIVE service interruption appeared on forums after one the customers noticed there were troubles with registering new wallet. He was forced to move to the company's website and contact the support, then he was informed the wallet was no longer providing any services. The founder assumed people will check GitHub in an active way and see it's lack of development.

"You're right, I should have more clearly announced the glacial development, but we can't actually reach all of our users, and we assume that everyone knows our GitHub URL", - says Davies.

Old Hive customers may get the detailed instructions on how to restore their Bitcoins on the Readme page on the GitHub website, using the personal data for integrating with other service providers, the Hive service is still functioning. Company apologizes for not being able to contact every client of its own.