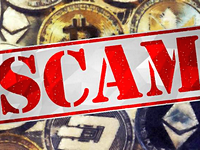 Hyip information survey 487
You can see the progress of the hyip industry in the Hyip Information Survey #487 below: There is one very global and serious change in the Top Choice section today. Albion Union was removed from the TOP after getting multiple complaints. The Top Performers remains stable. Coince...

Latest hyip news digest april 19 2016
Another news digest providing some short updates from the HYIPs online is given at your attention below. Crypto Binary reports another successful trading day as Scott entered a trade which the profit was massive both for the managers and investors of the project. The team of...

Forex king latest milestones
The Forex King HYIP has been listed at HYIPNews for 100 days, currently taking the 15th place in the list. On the occasion of being online for more than three months the admin delivers the newsletter reporting this important milestone. The admin says there have been lots of...

Bitwealth latest milestones
The admin of BitWealth issues the newsletter reporting of the milestones reached two months after the start of the project. As the admin claims the management of the project has been developing its business according to plan setting new goals and reaching them. During the period...

Ava finance 100 days online
AVA Finance has celebrated small, but significant considerable anniversary on April 17. On this day they completed 100 days of work of the online program. One hundred days of the reliable relations and faultless payments to all investors of the project.The admin praises the...

Hyip information survey 486
It's been a week since the Hyip Information Survey #485 was published. For technical reasons on Tuesday the regular survey was not delivered and hence today we are covering the updates and news from the hyip industry the cover last week period.The Hyip Events is very numerous and...

Latest hyip news digest april 14 2016
See the latest news from Custom Mining which has been online for nearly 20 days. The period was rich in events not always positive, however they helped to become stronger and more mature project. The team of the project strives for becoming the best investment company online and...

United swiss banks bitcoin neteller deposits
United Swiss Banks is approaching 20 days online. The admin of the program is more than happy to say that the project has been running progressively each day and with grace.The company actually has grown bigger and faster after the first two weeks of being online.In the latest...