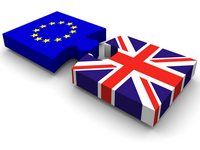 After some turbulence on Thursday when the Bitcoin price fell down all of a sudden, the cryptocurrency moved upwards again hitting the $645 mark. Bitcoin has been fluctuating significantly lately. Many analysts connect it with lots of factors including the economic situation in China, and lack of Bitcoin on the BitFinex stock exchange. By the time we are publishing this article the Bitcoin price moved up to $645. The most obvious reason for the rise are the results of the Brexit vote, which is supposed to decide whether GReat Britain exits or remains in the EU.

The new rise was detected on Thursday evening, when the price was $564.23. Three hours after Bitcoin rate was around $630. The price was stable before the trades got closed at 10pm. On Friday morning trades opened at the price of $623. According to the vote results 51,9% of all votes, which is about 17.4 million people voted for exiting from the EU.

These factors affect markets and finances worldwide greatly. The British pound reached its lower point within last 30 years going down to $1.33. In respect to Euro the pound rate decreased by 7% to 1.2085 Euro per pound. The world markets are also affected with the vote results. Let us show some samples from the twits from the international experts concerning the situation on the markets affected by the Brexit vote results: 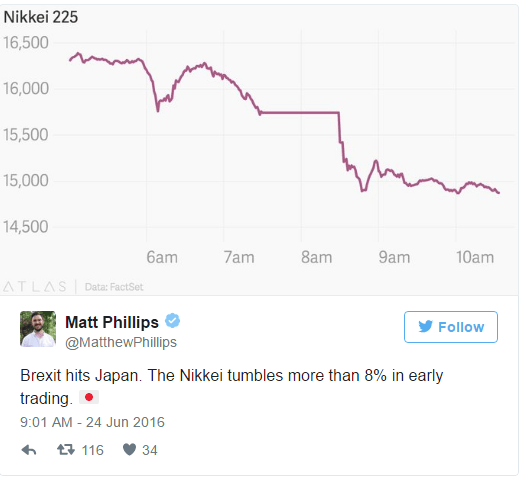 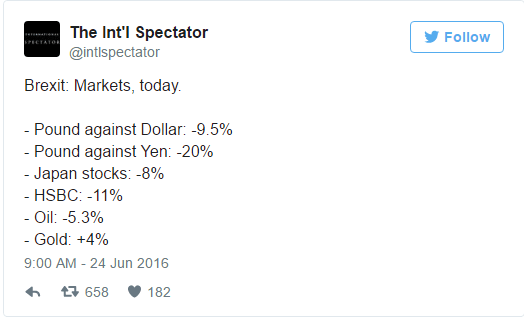 The Japanese Yen at the same time aimed for the sky, thanks to the peak of activity from scared investors looking for reliable storage for their assets. The price went up to 150 Yen per pound, which is a two-year record high result. The situation also affects the Bitcoin price in a good way. The same thing happened in Greece last year, which led to the significant rise of the cryptocurrency price.