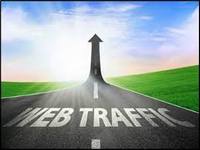 There is some news delivered to the members of GetMyAds Hyip listed at HYIPNews. SO far the status of the program is Awaiting for no payments were sent to us yet. Actually there are some troubles with the website, which was rather slow and showing errors in the last couple of days. As the representative pf the program claims it was not the result of an attack or something. It's nothing but the result of the great work of the members and partners of the project.

Investors move it on with popularizing GetMyAds and hence servers were not able to handle the pressure. That's a mistake on the program's side that they were not prepared enough for this accelerated growth and now the representative of GetMyAds promises all the hard work and efforts will pay off.

Due to the reason currently the entire team of the project has been working hard to fix the problem with the servers' overload some numbers of data in the clients' accounts could be missing. Actually, nothing is lost, it just means the data may be not showing correctly and soon it will be fixed eventually. Absolutely no data is lost and even if you don't see your numbers at the moment, the PayBack Program is working fine like any other process in the system.

Due to the server issues there was a need to slow down the traffic to keep the servers stable. That's why it might take a few days more at the moment to verify Tokens. As soon as the programmers are ready and provide you the traffic you have ordered in a normal speed you will be notified.

2pay4you is still not working and there are no updates. It has nothing to do with GetMyAds and doesn't affect the business. As soon as the service gets back 2pay4you payouts will be initiated again.

There is also an important notification concerning the move of GetMyAds to a new bank for the reason it's technically able to do mass-payments to Affiliates. The old one was not able to do that. Now there is an opportunity to pay faster and without any delay by wire transfer, which is very positive for all of the membership and the team of GetMyAds.