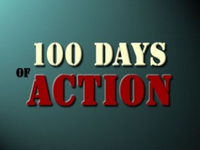 Update, October 07, 2016: Bitcoin Bank has been assigned with Problem status on HyipNews listing due to missing payout issue. Please stay away from the risky hyip.

The Bitcoin Bank hyip was added to HyipNews listing 15 days ago. However it started much earlier. Today the news to the customers was delivered saying the program reached its first jubilee - 100 days online. Very much likely half a month ago the management of the project took a decision to start active promotion and expanded the list of hyip listing sites. We are hence pleased HyipNews has become one of those, Bitcoin Bank has been expanded to. Currently the Hyip is taking the 22nd place and all investors are looking forward fo it to become one of the Top hyips online.

For now Bitcoin Bank has been proving its stability, reliability and endeavours towards making the program's activity as effective as well as the website as user-friendly for customers as possible. As of today the program has involved more than $100K of investments from nearly 1,500 investors who have already received about $40K of profit. On average the report says there are about 15 new investors and $1K of new deposits made daily. The result is positive enough, though it's not the reason to relax and stay away from improvements and updates. For the customers attention a short video to mark the 100 days online has been introduced to the customers on the main page of the website.