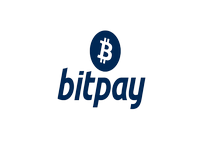 BitPay payment provider continues upgrading the services and releases a full-featured BitPay app for purchasing, storing and spending bitcoin, which was announced on Monday October 24. The new applications is supposed to bring together BitPay's merchant payment tools with a growing compendium of consumer options, all in one place.

This new app aims to offer security and ease of use in a manner appealing to non-technical users who may otherwise steer away from bitcoin. It allows for the conversion of bitcoin to dollars through an integrated BitPay VisaÂ® Prepaid debit card, currently the only US-wide debit card for bitcoiners. Bitcoin can be purchased and sold by users via exchanges â€” all through the app. These features offer users a convenient means of aligning their digital and traditional finance worlds, without leaving BitPay.

While many similar services have been launched, most require users to maintain their bitcoin in company-managed accounts, leading to increased vulnerability to security breaches and hacks. The BitPay app overcomes these concerns by allowing users full control over their funds at all times through device-based private keys, backup protocol and multi-device authentication. When the app is downloaded, new users are offered a simple tutorial with steps for easy navigation.

Another feature was added at BitPay earlier on September 29, which allows for the automation of refunds for bitcoin payment exceptions. It addresses a common issue that continues to haunt new users, namely, instances where an incorrect amount of bitcoin is sent to a BitPay merchant. Handling payment acception is processed in an easy and streamlined manner with the new feature enabled, allowing users a means of requesting refunds for overpayments and underpayments.

BitPay Marketing and Communications Manager, James Walpole said of the plans to make BitPay app the wallet used by expert bitcoiners to secure their bitcoin savings and in the future to make the app people would want to choose right to start with bitcoin from getting their first bitcoin, to storing and spending funds securely.