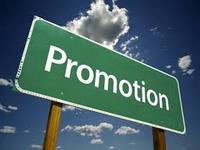 A very important update, piece of news has been published for the members o Zinc7 hyip, monitored at HyipNews for 129 days. In the article the admin of the program tells about achievements made among which adding 8 new professionally translated language versions and 55 are yet to come as it's been reported to prove company's goals to show continuous growth, providing customers with the most lucrative investment plans. However the special attention in the newsletter has been taken to the biggest update, the entire team of Zinc7 7 has been working for some time.

Today Zinc7 proudly presents ARGS (Automatic Referral Gradation System). Each active leader wants to be rewarded for his effort which allows him to generate massive team's capital overturn. Receiving worthy check â€“ is what moves you to hit the record of the team building again and again. However bigger you become, more noticeable your results are, greater payoff you shall expect.

So what it is all about ARGS, let's try to figure it out. First of all the affiliate program at Zinc7 has been subdivided into 4 levels with a different 3 downline reward system each. Referral program upgrade is automatic as soon as your 1st downline deposits and team members quantity increased up to the necessary amount proper to a particular ARGS gradation.

Zinc7 added four status the users are assigned: Investor status, normally offered to to all partners with the 5%-2%-1% referral program. Team deposits should be less than $70K; Representative status is more valuable and assigned to partners, investors, who managed to achieve some visible result. 7%-2%-1% Referral program (Team deposits requirements $70K-$700K); The Region Leader Status is an exclusive one assigned to top level online marketing professionals offering 10%-2%-1% referral program if the team deposits are within the range of $700K-$7M; and finally the Director Status, which is a top user status made for special need of those who aim at deep level team-structure building. The interesting thing about it that the referral program here offers the same bonus 7% for all the three levels and the team invested amount should be not less than $7mln.

The only thing that is common for all statuses is that for every partner one-time bonus 10% is offered as an addition to referral bonuses for bringing one-time referral. However it can be put on hold if you are on the verge of moving from one status to another and credited to your Zinc7 account balance automatically when moving is completed.