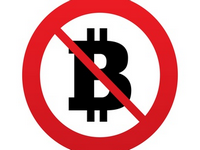 A bitcoin merchant and a lawyer from has been charged with running an illegal money transfer business. Thomas Costanzo, who ran the online bitcoin service, offering equipment for mining and ATM, was arrested in late April, and was initially accused of illegal possession of firearms.

This week, Costanzo filed a new indictment related to his digital currency activities. Costanzo is accused of exchanging $166,000 with secret agents - from May 2015 to April 2017. The funds "were submitted by a representative of law enforcement agencies as proceeds from this illegal activity" (according to the indictment).

According to judicial documents, the accusation was brought against one more person, Peter Steinmetz. Costanzo and Steinmetz are accused of illegal busines involved in money transfer. Costanzo was additionally charged with money laundering and illegal possession of firearms.

In April, local and federal law enforcement officers raided the residence of Costanzo, and then an initial hearing was held on his case. Police in advance included in the arrest warrant bitcoin and digital currencies, suggesting it could insist on accusations apart from firearms.

This is the latest of the lawsuits in the US about the bitcoin trader, who is charged with illegal money transferring. Most of these cases are transactions using fictitious agents that act as "buyers" of btc.