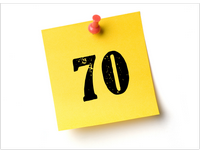 The FexFund has successfully completed 70 days online. The project entered the market in an aggressive way and still looks solid, paying on time and still growing. Particularly, speaking about the growth and in order to mark the completion of 70 days online another investment plan (60 days program) has been implemented. As reported it was the investors' request, who are in search for for the more long-term relationship with the project. Also the decision has been made to lower the maximum investment amount to Starter plan and limit the number of starter programs per user to two. For the requests from many serious investors, one more plan, called Superior program, has also been added to FexFund. According to its terms it pays 4% daily for 60 days, so net income on that is 140%.

With Starter plans, one can hardly do anything else but risky live trading, and aiming at long-term cooperation with the customers FexFund applies the changes described above. As the website is growing, the owners can't take so much risk and moves on to long-term cooperation and new plans. At the same time, comparing to other services short-term return time with quite big profit is still an option to earn with FexFund.

As for other news, it's been reported about certain troubles with the Coinpayments wallet used by FexFund. There has been an outage time to time recently and some payments should have been processed manually. The server problems have eventually been fixed, still if things like that happen again FexFund talks about the change of wallets. In any way if there was any sort of a delay with your BTC payment, there was no need to worry, for it should have been processed manually later on.