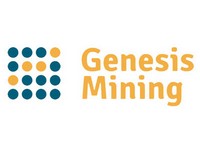 The popular cloud mining service Genesis Mining reported the theft of funds from the company's accounts as a result of an attack by unknown hackers. The Genesis Mining statement notes that technical problems led to the company being forced to suspend payments to customers, but all the lost funds will be reimbursed on their behalf.

As Genesis Mining CEO Marco String said, on Friday, July 21, the company's specialists noticed unauthorized access to the hot wallet, while the hacker managed to withdraw funds. The amount of the stolen amount, however, is not specified.

Shortly after the discovery of the attack, the team of the service managed to stop it taking adequate measures to mitigate all possible consequences. The level of control and security has been improved to avoid further attacks. As part of security measures daily payments were temporally put on hold.

The company also said that it found no evidence that the personal data of the users, including their email addresses, were compromised as a result of the incident. In addition, it is emphasized that Genesis Mining does not store users credit cards details.

Genesis Mining insists that the incident did not affect the mining operations, and the company continues to operate in normal mode, assuring all members all payments will be paid as the security and integrity of the payment system remains strong. The company's representative also added that possibility to put daily payments on hold is one advantages, which helps to prevent major losses in similar situations.