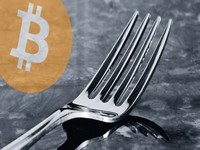 The planned Bitcoin Cash Hard Fork actually took place, as expected, on August 1, as a result of which the bitcoin block split into two chains. There is also a new digital asset that has a common history with bitcoin, but is traded under another ticker - BCC or BCH.

The activation of the Bitcoin Cash client was scheduled for 12:20 UTC, but there were some technical difficulties and inconclusive communications. The last common block before the chain split was block number 478558, and at 13:30 UTC the resource btcforkmonitor.info placed information that the Bitcoin Cash nodes are in working order: 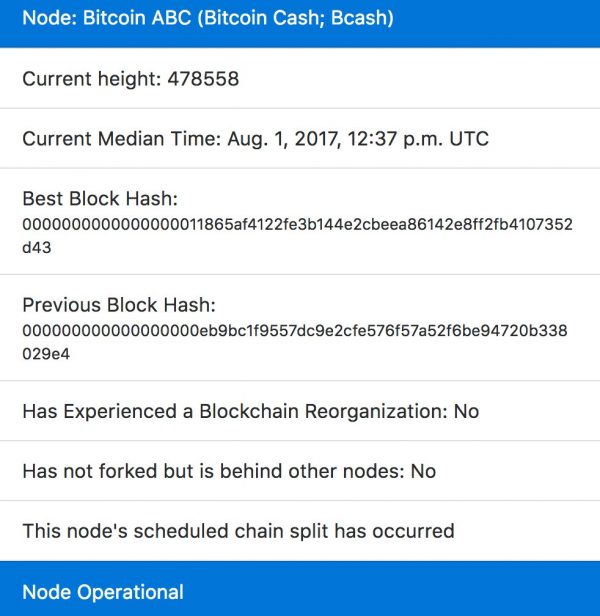 Soon was the block 478559 was found, and ironically it was mined by ViaBTC, the main supporter of Bitcoin Cash. But this block was also mined in the original chain of bitcoins, that is, the division, according to a number of reports, did not take place. 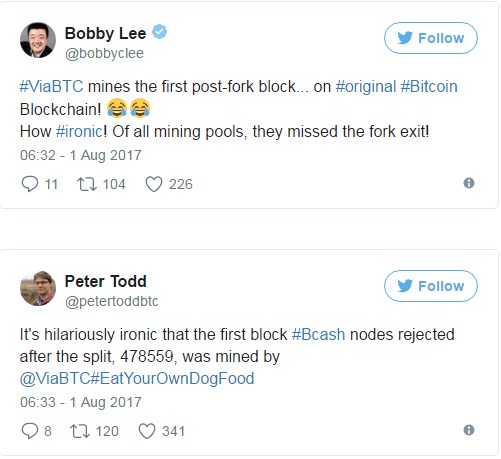 At the same time the representative of Samourai Wallet noted that the ViaBTC nodes came into conflict with each other.

In addition, as CnLedger pointed out, the ViaBTC pool directed Bitcoin Cash 82P for processing power, which, as Charlie Schrem noted, is 1.2937% of the total bitcoin hash. 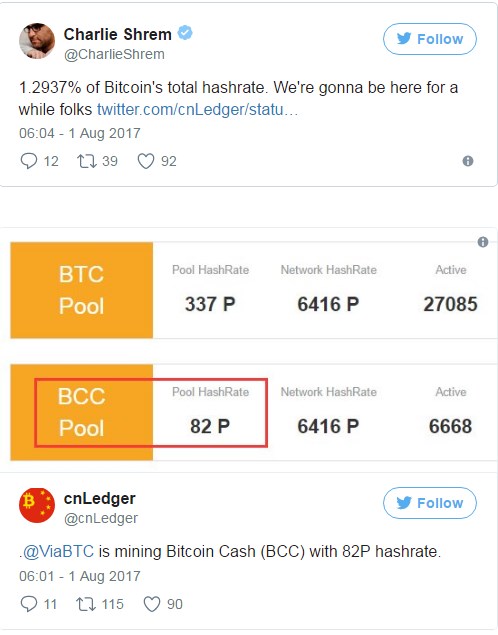 On the eve of the fork of Bitcoin Cash, the vast majority of exchanges, bitcoins, wallets and other services suspended operations and the ability to enter and withdraw funds.

Basically during the client's activation procedure some problems in the work of the Blockchair block created for Bitcoin Cash browser could be observed. Apart from that, according to reports in social networks, the Kraken exchange went offline for a short time. 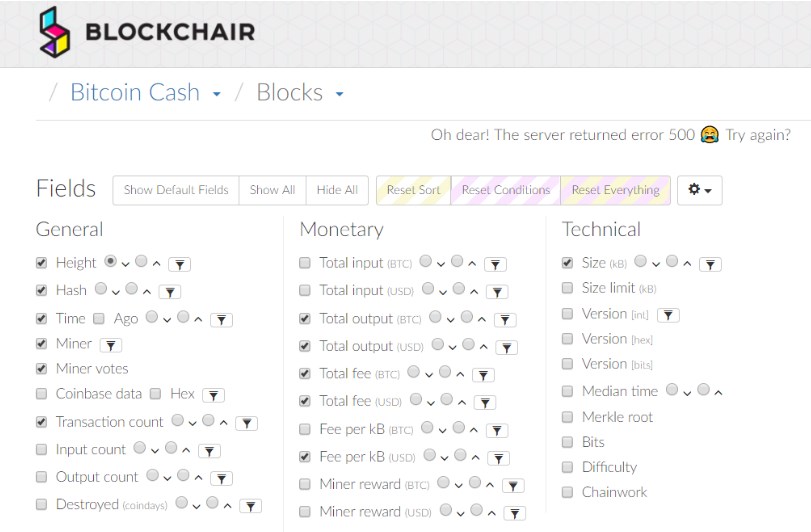 In addition, problems with access to the site were reported by the Bittrex exchange, which was reported to be the first where users could see BCC balances.

Recall, the first one to declare the launch of a token called Bitcoin Cash in terms of supporting the solution called BitcoinABC, was the ViaBTC mining pool on July 17. As far as we know, Bitmain BitChina was behind the development of Bitmain, though after a while there appeared reports saying the decision to create Bitcoin Cash does not respond to the company's position and can only be considered an emergency response in case the UASF activates bitcoin in the bitcoin network.

As we know, the last scenario was avoided thanks to the activation of another solution of BIP 91 - UASF activation took place at 00:00 UTC on August 1 and passed almost imperceptibly for the bitcoin network.