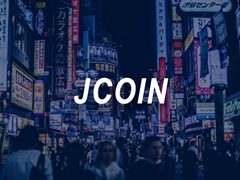 After the ICO ban in China, the largest site for the exchange of bitcoins in Japan, Coincheck, received hundreds of requests from Chinese startups about the transfer of their tokens to them.

Coincheck's head of international development, Kagayaki Kawabata, said that they receive hundreds of requests from start-ups from China and other countries to accept their tokens after the Chinese government banned the ICO.

In brief, we recall that in early September, China banned ICO in the country, considering it an illegal form of fund-raising. On September 28, Korea followed the example of China, issuing a similar radical ban on all activities related to the ICO. On the same day, Japan's financial regulator granted licenses to eleven crypto-exchange exchanges. In Japan, for crypto and start-ups, the climate is much more friendly, and the Japanese exchanges are ready to accept the tokens of the Chinese ICO - certainly not all. If the Chinese tokens can meet the established criteria, then Japan will be an excellent place to accommodate them," Kawabata added.

Coincheck carefully checks all incoming requests to them, as you need to make sure that ICO is reliable. Japan is now struggling with South Korea for the title of the world's largest market for bitcoin trade. At the same time, the Coincheck marketplace occupies about a quarter of all operations with bitcoins in Japan.