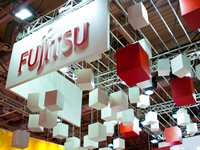 Fujitsu, in partnership with Mizuho Financial Group, Sumitomo Mitsui Financial Group and Mitsubishi UFJ Financial Group, will carry out operational tests of the cloud computing platform for sending funds between individuals, as well as an application for smartphones that is designed to improve the usability of the system.

Theoretically, the platform will bind client accounts from three banks to the block system. Then, customers will be able to use the application to send money, as well as to make deposits and withdraw funds. Along with the transfer of value, a trial version of the block will also check the functions of clearing and settlement.

Fujitsu is still working on developing the platform, and construction will continue for the next three months, the release said. It is expected that the system will be tested from January to March 2018.

Last month, Fujitsu announced a partnership with the Japan Bankers Association (JBA) to test financial services on the blockchain.