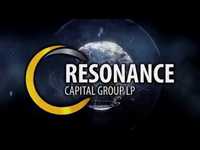 Along with issuing the latest trading report for the second week of December, Resonance Capital has also issued the newsletter informing the members of the holiday schedule planned to be followed by the project. Speaking about the report, traditionally it can be downloaded in PDF format on the Resonance Capital website. According to the report it turned out to be a good enough week for the results despite the fact that there were not so many good entry points and this affected the number of deals. AS the report says, the bulk of the profit still comes from the crypto currency. The IPO also showed good interest rates, given that investments in this direction are 10% of all funds.

Resonance Capital decides to end the trading year now one week ahead of a schedule. The reason explained is to avoid escalating the situation when no prompt exchange of Bitcoin and Ethereum into other USD payment systems and timely distribution of accrued investment earnings can be done because of the issues with Blockchain.info, block.io and other crypto-currency networks being highly-loaded. Many providers increased commission payments to crypto-currency miners for speeding up transaction processing. And yet Bitcoin and Ethereum networks still do a poor job of processing all the relevant transactions. Minimal commission for transaction processing keeps on growing. That's why it's unreasonable for many network customers to make any transaction at the moment.

Consequently, Resonance Capital officially commences the holiday season from December 18, 2017, through January 15, 2018. After New Year’s festivities, situation in the crypto-currency market will stabilize, according to forecasts by all world-famed analysts of trading and investment platforms.