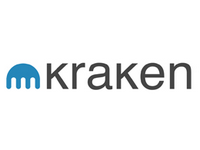 One of the largest crypto-currency exchanges Kraken has been updating its system for the second day, although initially planned to complete all the work within 2 hours.
The renovation began yesterday at 6 am GMT. When it became clear that the exchange does not fit within the specified timeframe, a message about unplanned delays appeared on the page designed to track the current status of the service. Later, the company reported that the work will go on for another 2 hours.

The last message of the exchange says:
***MAINTENANCE ANNOUNCEMENT***
Kraken is presently offline for maintenance.
While maintenance is underway, the website and API will not be reachable, and orders will not be able to be placed or canceled.

Probably, this is one of the longest updates in the history of crypto-currency exchanges. It is still not clear what exactly happens at Kraken. The update should have been launched on January 6, but it was postponed several times.

The exchange does not specify what the problem is. It is worth mentioning that the Kraken exchange experienced problems for several months, because of which traders often could not access the interface of the site, and the order placement sometimes required 20 or more attempts.
Often the site itself was not available, displaying various errors, which indicates that Kraken, like many other exchanges, was not ready for such a rapid increase in the number of users.
Finally, Kraken came to update its system, but its two-hour work resulted in more than two-day blocking of funds for the customers.