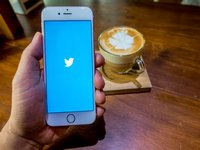 Following Facebook, Google and Snapchat, the social network Twitter will prohibit advertising of ICO and tokensales. On Monday, March 26, Bloomberg reported with a link to an email representative Twitter.

Thus, to date, most large social Internet platforms avoid advertising crypto currency, because regulators increasingly speak of them as a negative phenomenon.

Jack Dorsey, co-founder of Twitter and head of the Square payment company, more recently said that bitcoin will take advantage over the US dollar by its importance and become the only global Internet currency within a decade. But it is quite obvious that the personal views of the entrepreneur can not play a decisive role in Twitter, the capitalization of which is $24 billion.

Early in March the Securities and Exchange Commission (SEC) sent the agenda to the organizers of several ICOs, who, according to the agency, violate the law on securities. As early as on March 7, representatives of Twitter stated that they were taking measures to prevent crypto-currency fraud.

The Twitter spokesperson specified that advertising of crypto-exchange-traded exchanges and wallets, which are registered in the main stock markets, and in Japan - exchanges regulated by the Financial Services Agency (FSA), will not be banned.

The ban on advertising on major social platforms affected the crypto-currency market. Against the backdrop of this news, on March 26, bitcoin went down by 8% and began to cost less than $ 8,000.