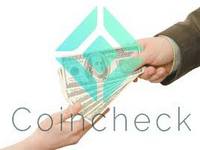 Japanese financial company Monex, which a couple of days ago announced plans to acquire a controlling stake in the crypto exchange Coincheck, today announced the closure of the deal. The acquisition cost - $ 33.5 million. Previously, experts estimated the value of a possible transaction of several billion yen. (1 billion yen is equal to 9.4 million US dollars).

Monex's representatives noted that the transaction will confirm the bright future of crypto technology in the financial sector. As expected, the company is supposed to develop a plan for the full restoration of services and building protection for the crypto exchange, which earlier this year suffered from theft - in January, the altcoins disappeared from the site for millions of dollars.

As a result of the announcement, Monex shares jumped by 20% at 11.35 Hong Kong-Singapore time.

Monex is the third brokerage firm in Japan by the number of user accounts. The deal on the acquisition of the exchange will come into force on April 16. The head of Coincheck and the operating director of the exchange will leave the board of directors and become executive directors, reports Monex.

Toshihiko Katsuya, managing director and head of Monex, will become the president and director-representative of Coincheck.

The deal will provide Monex access to the trading platform and the client base of Coincheck. According to Monex, Coincheck's annual net income by the end of March was 471 million yen ($ 4.4 million).

Thus, another operator, representing financial services in Japan, will enter the crypto zone. Last year, the Monex competitor SBI Holdings acquired a license to manage crypto exchange, but in February the plans to create such a platform were postponed due to the fact that security issues should be given more attention.