ADVCASH SAYS NO TO HYIPS 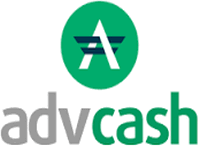 At the end of July 2018, the news appeared on the internet saying that one of the most demanded payment systems, AdvCash, no longer supports HYIP projects without licenses. A heated discussion on this issue was developed at thematic forums. The main question was - if it's true or just another gossip of ill-wishers - competitors? Let's figure it out.

In fact, the official representative of the payment system made a statement that AdvCash will not really cooperate with investment projects that do not have licenses. How dangerous can it be then? Basically, the bulk of investment projects will lose the opportunity to use the payment system, since most of them do not have a license to attract and manage customer funds. The projects that have a license, are theoretically not going to be affected with this change in any way.

According to the representative of AdvCash, for the end user the payment system works perfectly as usual, support, verification, input, withdrawal of funds - all this remains stable. Various features are added, the system does not stand still and develops towards providing the widest possible range of services at the most competitive rates. With regard to processing payments for certain categories of sites, the official position is also simple and transparent: if the company has licenses for the corresponding type of activity, AdvCash can serve such a site.

And everything seems to be correct and logical, but now many investment projects tell their investors that in connection with the latest news, they can not make payments in AdvCash (DDFutures, Cloudpons etc.). But there is one more interesting fact - AdvCash has become that  popular precisely due to hyips, and now it turns out that the payment system does not want to work with hyips. Looks strange to some extent. At the moment that would be all - stay tuned for updates on our website!