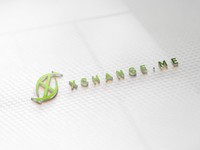 It's been a long time since we published updates from online exchangers. Today is an exception. WE are pleased to offer the announcement from Exchangecoin CEO, who's been  idle for a long time for the reason the entire team has been working hard on the project.

Some of the project's customers may have noticed there have been lots of changes over the past few months. First of all the entire website has been updated. Better to say, it's been completely redesigned and now includes new features. The new sections have been added: 'Our Products' and 'The Team'. To know more you can check the development update on the Roadmap or read about it in News section.

The xchange.me website (formerly cryptoxchanger.net) has been updated as well. The CEO of ExchangeCoin claims the company is providing the fastest and cheapest cryptocurrency exchanges services on the market.

ExchangeCoin has been rebuilt completely. Let me quote Mr. Wiktor Glowacki here to make it clear for everyone: "Now, the recently implemented blockchain is free from the imperfections of the previous version. EXCC is fully protected against 51% hash power attacks thanks to the inclusion of a Proof of Stake consensus and the creation of a hybrid. The PoS allows you to stake EXCC and receive a reward for this task. Also, everybody can mine EXCC on the Nvidia graphics cards, our developers and community are currently working to make mining available on the AMD cards as well. In addition, the EXCC coin is ASIC resistant which makes it possible to retain a more decentralized character of the coin. To read more about the new changes, please visit link."

ExchangeCoin is proud to announce establishing of new partnerships. The most important is with one of the most experienced European software houses - Pragmatic Coders. As Mr. Glowacki says: "The collaboration with them helped us secure the EXCC coin and create the foundation to build the Decentralised Exchange based on the coin." Another partnership was formed with the lean marketing agency to accelerate the promotional campaigns and keep everybody up to date.

Since February the entire team of ExchangeCoin project has been consistently working on the main product - the Decentralized Exchange. Thanks to the cooperation with Pragmatic Coders the pace of work is now going faster, which gives opportunity to reveal the beta product by June 2019. Initially it's been noted, at the start of the project that the development of a truly decentralized exchange is not a one-day task, and it requires a lot of time and resources.

To fulfill the promise to traders, the ExchangeCoin Team has recently revealed that we will also launch XULT- the traditional cryptocurrency exchange by the end of 2018. The CEO of ExchangeCoin says: "Our main purpose is to offer a complex platform to every user: a simple exchanger Xchange.me, the traditional crypto exchange XULT and the extremely safe and reliable decentralized exchange."

Many of investors invested in EXCC during the ICO. Soon with the XULT launch, the popularity of ExchangeCoin services is predicted to gain more attention in the market and EXCC will have significant usability. It's been reported that ExchangeCoin holders will be able to use their coins and be rewarded with remarkably cheaper exchange fees. Also, the listing fee will be paid in EXCC coins which will definitely increase its demand.

The team of ExchangeCoin is also working hard to build up the EXCC brand, a lot of resources have been invested in this regard. Unfortunately, the general "sad" situation in the cryptocurrency market has had a negative impact on the EXCC coin, and even great news does not cause the price to rise. Being an early investor, many customers may really care about the success of EXCC products. In that respect, everyone is highly  encouraged to to help the project and increase the awareness of the ExchangeCoin, following it on social media, share, retweet, comment, etc.

Finally, Mr. Wiktor Glowacki asks everyone who holds EXCC coins on the Xchange.me web wallet to transfer them to the other wallets for security reasons as Xchange.me is an exchanger, not the web wallet. For now it may be the third party web wallet, while the ExchangeCoin team is now working on adding the the independent Web Wallet which should be available soon.