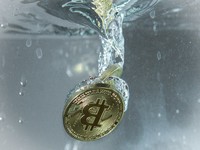 Having slipped the support level of $ 5,000, Bitcoin continues to decline - now the rate has already gone below $ 4,500. While the leaders of the crypto market analysis are competing to find the most successful definition for the HODL phenomenon, calling for resilience, some investors who invested in cryptocurrency in 2017 seem set to stop the experiment.

At the moment, the Bitcoin rate has gone a little below the $ 4,500 mark, the daily decline is almost 16%. Things happening on the crypto-market can be characterized by the capacious term "meltdown", or melting of value. The capitalization of the crypto market has dropped to $145 billion, that is, over a week, over $27 billion have melt down within 24 hours. The Bitcoin dominance index still exceeds 53%, which indicates that many altcoins are even suffering harder.

According to CEO of Genesis Trading, Michael Moro, the collapse of the rate that began yesterday revealed an interesting feature. “We are seeing the folks who bought in early 2017 sell for the first time today.” said Moro on Monday.

According to him, until that time, a significant part of sales was provided by retail investors who invested in cryptocurrency at the end of 2017. Now it is the turn of those who bought in the first half of the year, when the rate was $1000- $3000.

And, returning to the Altcoins, it is impossible not to mention such a topic as the war for the inheritance of Bitcoin Cash, which is called one of the reasons that provoked the collapse.

While the sides exchange blows, figuring out whose Bitcoin Cash is more true Bitcoin, BCH dropped to fifth position, in the Coinmarketcap rating, skipping ahead of Stellar. The latter, with the rate falling by 14% per day, looks like an oasis of well-being against the background of Bitcoin Cash, which sagged immediately by 43% over the same period.

On Monday, November 19, amid a general fall in the cryptocurrency market, the Ethereum fell to a 16-month low.

During the day, the coin lost in value more than 10%, dropping below $ 160, this is the lowest indicator of cryptocurrency since June 2017. At the time of publication of this review, the cost of broadcasting was at the level of $134.

The coin continues to be traded in the red zone, its market capitalization has already sunk to $15.94 billion. The current value of the Ethereum and other cryptocurrencies can be seen in the picture below. 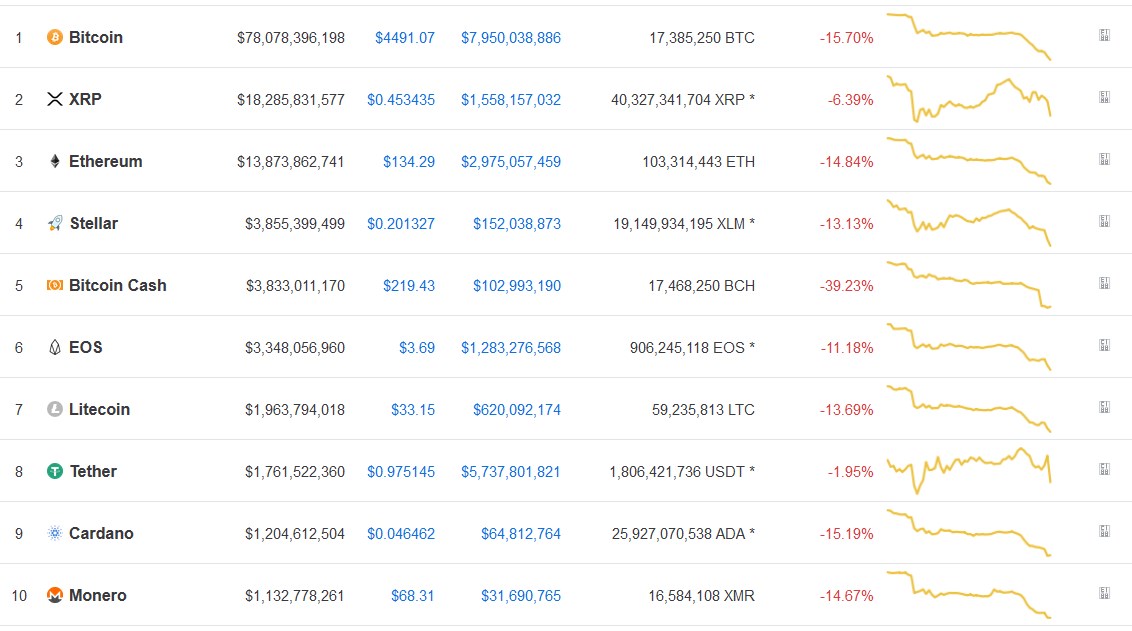 As of Tuesday night Ethereum fell below below $ 150, but is close to reaching the subsidence to $ 120-130. Mining this digital asset already does not bring any profit to pools, so the fall in the rate of the Ethereum, even to $130, can provoke even greater losses for this cryptocurrency.