BLOCKCHAIN AIMS TO PARTNESHIP WITH STABLECOINS 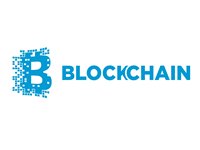 The Blockchain company, provider of the same-name cryptocurrency wallet, may conclude a partnership with one of the stablecoin projects by the end of this year. Blockchain CEO, Peter Smith, said in an interview with The Block,  that it is planned to add a stablecoin by the end of 2019, but he is not yet ready to say what kind of coin it will be.

"There's a big race between stablecoins right now… Everyone is competing very hard to get their stablecoin out there and to have distribution. I think that market’s going to be really interesting. We will make a move in there soon..."

Blockchain previously invested in several stablecoin projects, but now it's all about a new level of partnership. The company with 32 million wallets, "the majority of which are active," believes that it has something to offer to all, without exception, large coin projects with reference to the dollar.

Smith talks about Paxos, as the largest growing project after Tether: "...Paxos has the most trading volume and the most liquidity and the biggest outstanding number…[But] they don’t have a prime retail partner to carry their brand right now..."

Blockchain CEO states that the company's interest in stablebcoins, despite their unshakable faith in Bitcoin, is due to the fact that today large coins have become more kind of investment than viable payment instruments. People need stable assets that can be used in the real world, so the company wants to provide its customers with the ability to keep such assets outside the banking system and increase their use.

Blockchain treats stablecoins as a way to give everyone an opportunity to operate a dollar payment account. "There’s no challenger bank with 30 million bank accounts. At the same time as we do that, we’ll be doing it in a way that allows them to still control their funds, to still be financially sovereign individuals", said Smith.

Currently Blockchain.com supports Bitcoin, Ethereum, Bitcoin Cash and Stellar, allowing users to convert cryptocurrencies within their accounts. There is also a function of exchanging a cryptocurrency for a fiat currency, for example, for dollars, but it is not available to users of all jurisdictions.