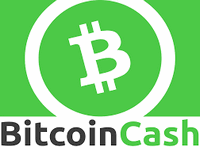 Bitcoin Cash (BCH) failed to start a new trading week, losing 11% of its value in the last 24 hours. This digital asset became the leader in the fall among the top ten cryptocurrencies according to CoinMarketCap website, falling to $113.28 on Monday, January 28.

The capitalization of the cryptocurrency market slipped to $113.438 billion, while the Bitcoin dominance index rose to 53.5%.

According to analysts, traders abandoned the cumulative strategy and switched to the sale of digital assets due to the general uncertainty in the market. If the negative trend continues, Bitcoin Cash can sink to $110-111 already tonight.

If the coin falls below $110, then bearish sentiments will take top, and in this case there are risks of falling to $108.

Stellar (XLM), which lost almost 10% of its value in the last 24 hours, has become the leader of the fall after Bitcoin Cash. The main reason for such a sharp drop in its course was the information that the purse associated with the Stellar Development Fund sent a significant number of tokens to several cryptocurrency exchangers.

The asset holders thought that the project team was dumping its reserves in the XLM and also began to actively sell it, which led to an increase in volatility.