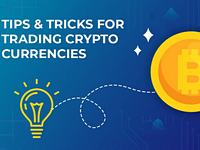 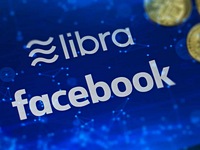 Bitcoin grows can it go above 4100 usd
The largest digital currency is slowly gaining in value on Thursday, March 21 and some experts predict that the milestone of $4100 will be overcome in the coming days.At the time of publishing this material, the BTC rate was at $ 4090, and the bitcoin market capitalization rose...

Tokex hyip presentation
The HyipNews team is pleased to present the readers with the new Hyip added to the hyip monitor Tokex, publishing the short presentation of the hyip to make the potential investors acquainted with the program and its terms, which may become suitable for funds depositing. The...

Bitcoin hashrate maximum cryptocurrency rates
The total computational power in the Bitcoin network reached the indicators of the beginning of November last year, which is the maximum level for these past four months.So, according to Blockchain.com, on Tuesday, March 19, this figure was more than 52 EH/s.Recall, hash rate is...

Bitaeon security warning
As it's been recently reported by the admin of BitAeon there were recently observed continuous attempts of fraud towards the customers and with a view to that the management of the project places a security warning to keep the customers' accounts safe and secure.It's been...

Latest hyip news digest march 18 2019
Coinicor has been working online for nearly 4 months. And this time the admin has published the second newsletter, letting the company investors know about latest achievements made. More than $7,000,000 of investments have been received since the start of the company; More than...

Triton plus explains withdrawal delays
One of hyip investment programs, Triton Plus, the website of which has been out of access for some time recently as well as there were some delays in withdrawals has published the newsletter giving explanation to things going on after it had been attacked by a powerful DDOS...

Hyip information survey 601
Nice to present the readers with the Hyip Information Survey #601, published on Thursday. The Top Performers section this Thursday looks a bit different from the one last week. Armortrade exchanged positions with Derglobal and took the first place. Several hyips moved up in the...

Cryptocurrencies go negative dash grows
According to CoinMarketСap, the total market capitalization of cryptocurrency is $134.1 billion. The rate of Bitcoin fell by 0.60% per day to 3,893 thousand dollars. Currently, its capitalization is 68.4 billion dollars.The second cryptocurrency Ethereum has fallen in price and...

Empower forex hyip presentation
The HyipNews team is pleased to present the readers with the new Hyip added to the hyip monitor EmPower Forex, publishing the short presentation of the hyip to make the potential investors acquainted with the program and its terms, which may become suitable for funds depositing....

Latest hyip news digest march 12 2019
Check up the latest news from the hyip investment programs online and stay informed. The Tophats Farm investment plan offerings have been changed such that they now offer three medium term plans. The principal is included in the earnings. The plans all break even within a month...