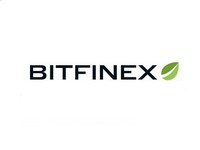 The prosecutor of New York claims that the Bitfinex cryptocurrency exchange lost $850 million and subsequently used the USDT stablecoin owned by Tether to hide the fact of these losses occurred. The news has been reported by by The Wall Street Journal and Coindesk.

According to the press release, New York Prosecutor Letitia James received a court decision against iFinex, which manages both Bitfinex and Tether. According to the court's decision, both companies must "stop violating the laws of New York and mislead New Yorkers." James said that the investigation revealed the fact that iFinex has been hiding a loss of $850 million of client and corporate funds.

It is alleged that Bitfinex sent $850 million of client and corporate funds to the payment operator Crypto Capital, which allegedly also deposited funds on other cryptocurrency exchanges, including the notorious Canadian exchange QuadrigaCX. It is alleged that $700 million from the Tether reserve fund were used to cover the losses, but this information was not disclosed to customers.

According to the court order, management, employees, contractors, and any other persons, iFinex is prohibited from accessing, borrowing or making any other claims to Tether reserves. Other iFinex related persons are prohibited from making any changes to documents or records that may be relevant to this case.

Bitfinex and Tether representatives told the prosecutor that Crypto Capital refuses to return its funds to the cryptocurrency exchange, citing their confiscation by the authorities of Portugal, Poland and the United States.

After the publication of the press release on The Wall Street Journal and Coindesk, Bitcoin lost 6% in an hour. By the time of publishing the news the Bitcoin stands on the price $5,279.18

Recall that Tether recently released another 300 million USDT; from April 1, the capitalization of the most popular dollar stablecoin increased by $800 million and now stands at $2.84 billion.