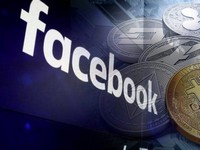 Operator of the world's largest social network Facebook Inc. will launch a new payment network based on its own cryptocurrency in "dozen countries" in the first quarter of 2020, the BBC reports.

The publication claims that Facebook consults with representatives of the US Treasury Department and the Bank of England manager Marc Carney regarding the regulation of the initiative, code-named Libra.

At the same time, the Financial Times reported that Facebook is already in talks about listing GlobalCoin on the American exchanges Gemini and Coinbase. There is a certain irony in this, because the Winklevoss brothers, who own Gemini, in the past accused Mark Zuckerberg of stealing the idea of a social network and subsequently sued him for $65 million.

Sources of the publication said that Facebook is discussing with the trading firms Jump and DRW the prospects of market-making and liquidity.

Previously, the media claimed that the company is also in talks to support the initiative with Western Union, Visa and Mastercard.

Testing the network is supposedly scheduled for the third quarter of this year.