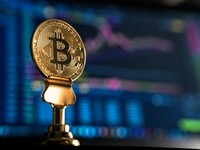 The famous cryptocurrency millionaire Eric Finman, who previously stated that bitcoin is "dead", has changed his mind and now believes that the first cryptocurrency can be "revived."

According to Finman, one of the main reasons for the growth of Bitcoin is the interest of large institutional organizations in the cryptocurrency sphere. For example, the largest social network Facebook is developing its own cryptocurrency Global Coin, which should appear next year.

The investor also noted that for even wider adoption of the first cryptocurrency, it is necessary to reduce commissions in the Bitcoin network and speed up the confirmation of transactions. This is necessary in order to remain relevant in an “ecosystem full of different cryptocurrencies”.

Earlier, Finman stated that the first cryptocurrency currency still has one or two growth periods left, and then more promising coins like ETH and ZEC will overtake it.

Cryptocurrencies will be the future of international transfers, says Global Director for Products and Innovations at MoneyGram Jüri Bebic. In an interview with the Institute for the Automation of Robotic Processes and Artificial Intelligence, the top manager spoke about how cross-border financial transactions are being conducted.

According to him, thanks to cryptocurrencies, it would be possible to avoid the need for accounts' pre-financing. Instead, digital money would be transferred to the exchange for exchange for local currency, after which the funds would be transferred to the recipient, the expert said. He believes that at the moment the main problems are the lack of liquidity and the weak development of some regions.

At the same time, a well-known venture capital investor Jason Calacanis, who was one of the first investors in Uber, believes that bitcoin is outdated and its rate may drop to zero.

Note that bitcoin is the first successful cryptocurrency, and the technology underlying its blockchain is indeed somewhat outdated. However, this does not mean that newer platforms will be able to replace it, since the value of Bitcoin is not in the advantages of its technology, but in the security, reliability and the greatest acceptance among businesses.

In addition, many investors consider bitcoin "digital gold" because of some similarities with this traditional asset. According to researchers at BlockTower Capital, within 10 years, the volatility of the first cryptocurrency will reach the level of gold volatility.

The unstable position of the largest cryptocurrency provokes the growing influence of those experts who put on maintaining the dynamics of Bitcoin decline.

Some of them compared the sinking of the coin rate with the situation in the cryptocurrency market at the end of 2018. Then BTC really showed the biggest drop, approaching $3000.

The loss of BTC, which we observe in June, signals a more significant weakening of cryptocurrency in the near future.

One analyst under the nickname CryptoFobinacci doubts that Bitcoin will be able to overcome the $8,000 milestone. In his opinion, on the contrary, we will soon witness a substantial pullback of the coin, which on June 11 fell below $7,800.

A rollback is in any case necessary after an aggressive cryptocurrency rally in April and May. During the period of the bear trend domination, traders take profit and study new investment options in digital assets.

The analyst posted a post in a social network, in which he called on market players for patience, since very soon we will see a more substantial rollback of the coin. CryptoFobinacci predicts Bitcoin to fall to $6,800, but a more significant drop is still unlikely. Most likely, the coin briefly drops so low and locks in at $7,400 after the resumption of growth.

The trader CryptoBirb is more pessimistic. He predicts a fall in Bitcoin prices to $5200-5600. The situation can only be corrected by scaling the BTC network by integrating new solutions that positively affect its performance, this analyst is sure.