The largest cryptocurrency continues to trade at a 15-month high, approaching the $12,000 mark. 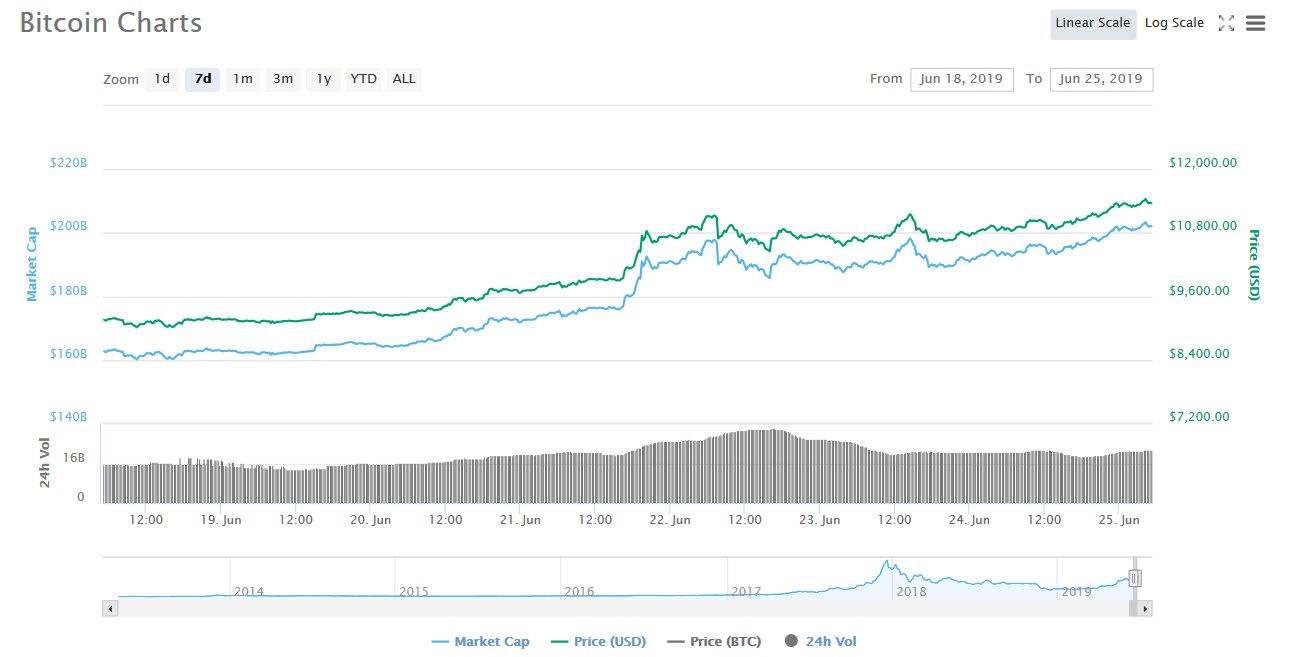 Many analysts still believe that a surge of interest in BTC was due to the appearance in the media of information about the forthcoming cryptocurrency by Facebook. The Libra coin is supposed to become a global payment tool and will be used to bypass the traditional banking system.

These reports provoked sharp investors' interest towards the blockchain industry and caused a rise in the value of digital assets.

However, many analysts and traders in the cryptocurrency community doubt that Bitcoin will be able to rise in price to $12,000. They are more restrained and even allow small coin kickbacks before it can take new heights.

The analyst under the nickname Bagsy tweeted a post in which he announced a decrease in Bitcoin after reaching the mark of $11,500.

In his opinion, the result of a negative correction will be a sagging of the asset's rate to $8,500, but after that a spurt up to $13,800 is highly possible. At this level, Bitcoin will be traded around the end of October.

Bitcoin optimists do not believe in the possibility of such a significant drop, but they admit that even if the coin drops below $10,000, aggressive purchases will soon resume in the market and the BTC will be boosted above $12,000.

The surprising rise in the price of Bitcoin, along with the sudden rise in other well-known altcoins, apart from that confuses some analysts who are not always inclined to associate the price movement with one or other seemingly significant events.

Tony Weiss doesn't believe that the current growth is caused by institutional investors or Facebook's accession to cryptospace.

Tony says that he was waiting for a 30-40% pullback in order to allow him to announce the end of the bear market. It seems that, on the whole, Weiss is expecting a pullback, stating that if this does not happen, then the current growth of Bitcoin may end up just as it did after rising to $20,000.